Duterte Asks Obama Not to Ask about Killings, Auditions for 8 Mile Sequel

In a string of bent expletives, Philippine PM “Dirty Roddy” Rodrigo Duterte made his feelings clear to The World’s Most Powerful Man™ Barack Obama about his much maligned policy regarding the murder of drug dealers in Laos. But what made it special was the way Rodrigo belted out. Might just be me, but his delivery sounded like your standard petulant hip-hop bars, uttered through a bling’ed grill, one hand on the mic, the other on the gat.

Be a darl’ and play this track while you read his comments. Wait for the drop, of course.

“I do not have any master except the Filipino people, nobody but nobody.”

“You must be respectful. Do not just throw questions.”

Okay, so, not necessarily a “sense,” but a taste … let’s reset for some perspective.

Be it the murky hand of pasta, fried potato, or the family bag of chips, we are nothing but it’s puppet. But fortunately, thanks to sweet nurturing science, it might not be our fault. You see, prior to today, it was believed that we only possessed five primary tastes. Sweet, sour, salty, bitter, and savory (umami). However, it’s lies—all lies—because a new contender for the crown has emerged. Avert your gaze, serfs for the latest edition, with a needlessly scientific handle.

“We called the taste ‘starchy’,” says Dr. Juyun Lim, who ran the study.

Dr. Lim’s theory was that, “Every culture has a major source of complex carbohydrate. The idea that we can’t taste what we’re eating doesn’t make sense.”

What makes this study different is that many scientists previously believed that humans could only taste the sugar in carbohydrates, as enzymes in our saliva break starch molecules into simple sugars, leaving a sweet taste in our mouths. But even when volunteers were given a compound to block it, they were still able to taste the starch—which suggests humans can pick up on a starchy flavor before it has been broken down into sugar.

Well, let’s ratchet up the cray, carve it into a sharpened arrow of stupidity, and fling it from the longest of drawn bows. Michael Jackson is alive. And there’s evidence. Irrefutable clear photographic evidence: 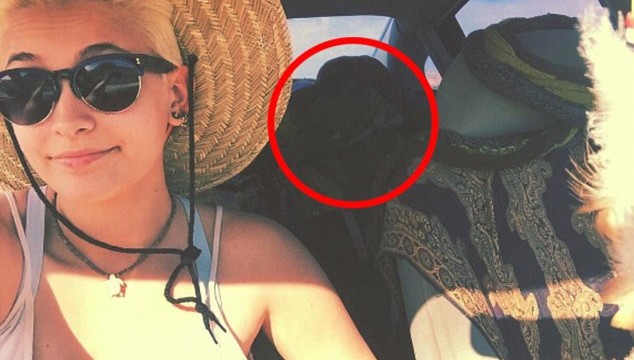 See! He lives! Neatly hiding in the middle of that red circle is the slain King of Pop. Michael, if you’re reading this, glad you’re not dead. Does this mean you’re still thinking about that next tour? My mate and I would absolutely consider attending, pending ticket prices. Seriously, though, let’s be real here: MJ had already died and suffered the fate of soulless resurrection when he never made it home one fateful famous evening as the video evidence below outlines: