Halloween is a day that celebrates the macabre, but it is the masks we wear that protect us from the ugliness of the world we see as normal.

Days of national celebration can be difficult for some people. Christmas can intensify the sense of loss of a friend or family member, New Year’s Eve can overwhelm with the need to be happy at a point of yearly exhaustion, and Easter Sunday can be a snooze button for the nonreligious.

Halloween, and all things creepily Gothic—from gargoyles, to Hieronymus Bosch, witches, vampires, and Edgar Allan Poe—is not simply a reminder of humanity’s dark side but an evocation of alienation. It is an environment in which a tangible absence of safety, with missing or cruel parents, encroaches upon the comfort of the familiar and dissolves into a Bulgakov-like nightmare of mental and visual juxtapositions, with blood. 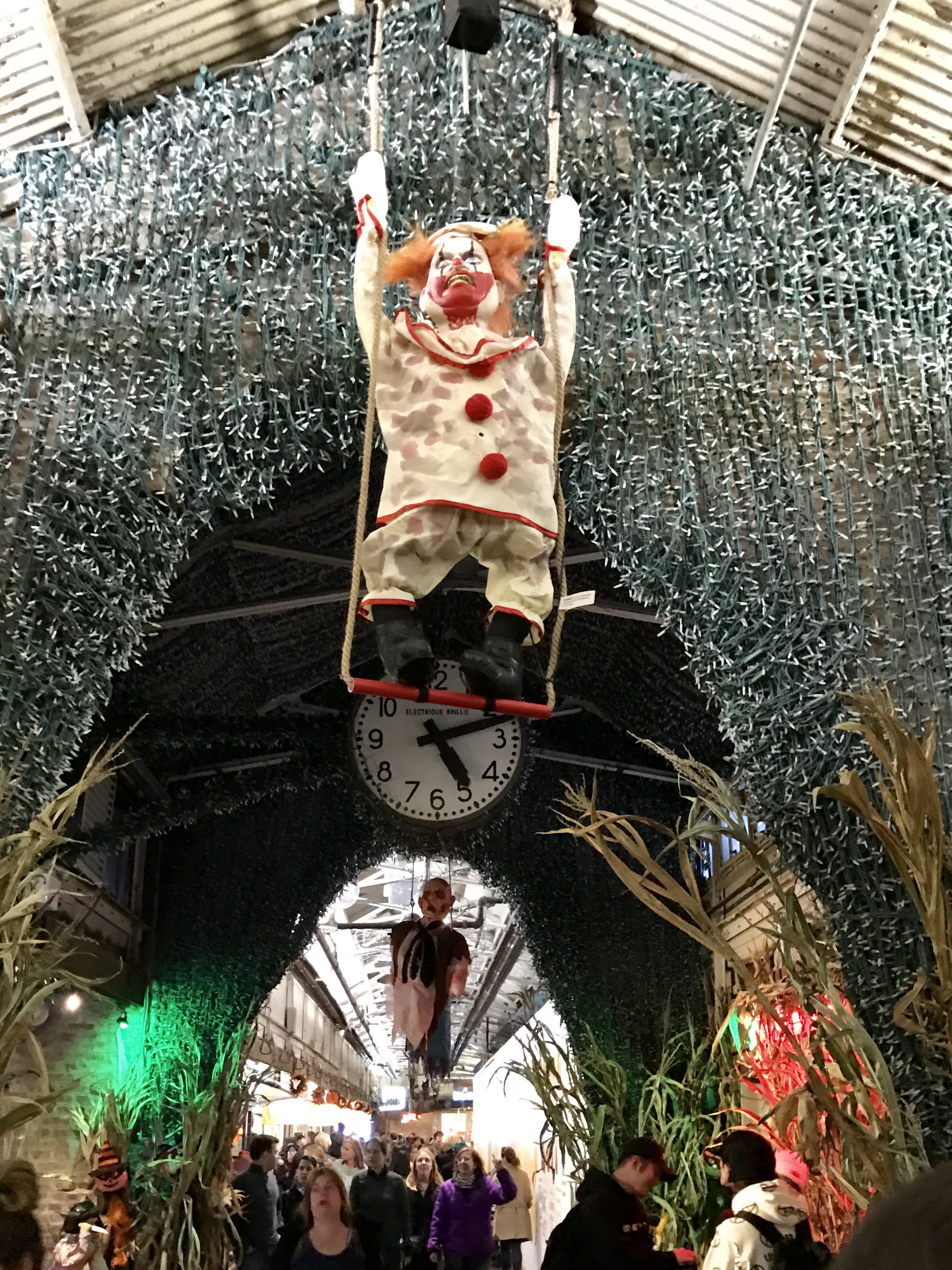 Yet Halloween also serves as a way to condition young minds to cope with the viscerally frightening. Fear can be irrational, like shuddering at nonexistent creepy crawlies under childhood beds that no amount of parental reassuring can make disappear. In the recess of an imaginative mind lurks the inexplicable, as real as a nighttime terror. How many of us, as children, jumped onto our themed duvets in our efforts to escape conjured-up leg-grabbing, until one day that black hole of menace turned into benign storage space.

The natural world and its miraculous complexity play with the imagination and give rise to arbitrary anxieties. Beneath the waves of an inconceivably deep and dark ocean lie creatures of prehistoric appearance. Within dense jungle vegetation lurk organisms capable of mass killing by disemboweling, paralysis, sucking, and sashimi-style devouring, 24/7. To watch the microscopic filming of a common house spider is to never set foot into a garden again, let alone a bath with one in it.

The world at street level does horror too, whether human-inflicted, nature-derived, or both. Child soldiers, Islamic State, earthquakes, and tsunamis all engender, under the drip-like effect of a hyper-connected planet, an undercurrent of anxiety that can play with adult imaginations. Though the statistical probability of such harrowing scenarios is low for people and their loved ones, it is difficult to separate out the wheat from the chaff of likelihood, compounded as our feelings are by the empathy and heartbreak of seeing such suffering.

Halloween is an early introduction to confronting fear. It is part of a survival mechanism, a way to shake off “catastrophizing” the over-imagined. Giggly jumping up and down and general shrieking at massive, furry spiders and ghoulish figures looming out of the darkness prepares us for one of humanity’s most powerful antidotes to fear itself; laughter.

At the start of the new millennium, Washington, D.C., felt like a city under siege; on September 11, 2001, under a vivid blue sky, one of four hijacked planes plowed into the Pentagon. A few days later, the mail system was contaminated with anthrax spores that killed five people in an attack on Congress and the media. A powerful tornado then hit the area further injuring and ending more innocent lives, including the tragic story of two sisters sheltering in a car that was lifted and slammed into a tree. 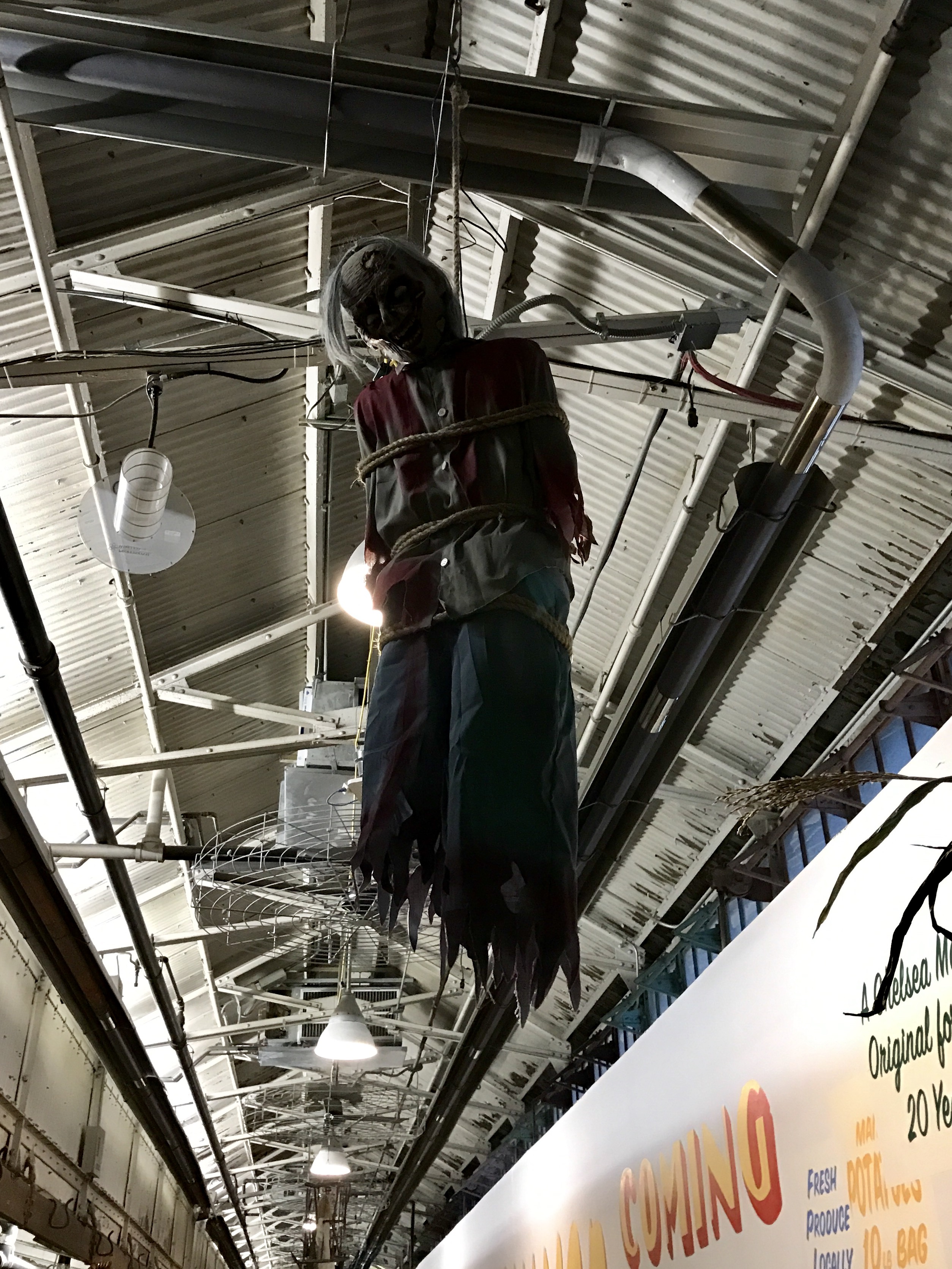 And, in anniversary style one year later, an ex-army sniper and seventeen-year-old accomplice murdered ten people by stalking leafy neighborhoods and city streets, closing down outside life. This was doorstep killing in which children were escorted by police officers into darkened schoolrooms, citizens were advised to zig zag down the street to avoid being targeted, and fill their cars with petrol under erected tarpaulins. And at the same time, an administration was already hellbent on justifying the removal of a middle eastern dictator with reports of the existence of WMDs.

Yet Halloween was once again celebrated with the same enthusiasm, transforming residential streets into something resembling Michael Jackson’s Thriller video, complete with a lurking zombie buried under bales of hay that chased trick-or-treaters down the street with a howling chainsaw.

The city’s precariousness magnified parents’ need to comfort their children that year, and it was especially good to hear them squeal with a mixture of dread and delight. Pumpkins glowed through carvings of cats, broomsticks, witches, spiders, and fangs. On a neighbor’s doorstep one pumpkin read in huge letters: “CHENEY.” With a Halloween deadline fast approaching she had ordered her husband to quickly carve the scariest thing that came to mind.

So, as much as Halloween can be a reminder of the thoroughly grim moments of being lost, bewildered, and a wooden orphan in Pinocchio, it can also be a welcome celebration that strengthens our resolve in alarming times, real or imagined. Standing up to today’s fearmongering, empty promises, and xenophobia, and laughing off the oppression of authoritarian hyperbole, is how to plug that hole under the bed. So, Happy Halloween, and happy opening of doors to scary apparitions.