Protesters have taken to American streets shouting #NotMyPresident, however, as the division is so deep, this could be only the beginning.

As the world awoke to the news, pundits everywhere discussed just how on earth such a calamity could occur—how on earth did we find ourselves with a President Trump?

There may well be blood on the hands of media outlets. After all, it’s hard to wonder how a candidate could reach such heights, after months of news jockeys treating each and every policy, every gaffe, as though it were some kind of joke—in essence, giving the most radical presidential candidate in living memory all the free airtime and national reach he needed.

Indeed, the Democratic National Convention itself is far from faultless. Tearing down an extraordinarily popular candidate through the use of superdelegates—a candidate, perhaps, who could connect with those alienated by the institutions that governed them—via tactics unveiled in the most dramatic of circumstances.

Scholars will spend decades picking apart the divisive campaign that was.

For now, a country is tearing itself apart. Across America, protests have broken out, thousands upon thousands of people spilling into the streets. Their anger, their fear, burning brighter than the garbage laying aflame around them. 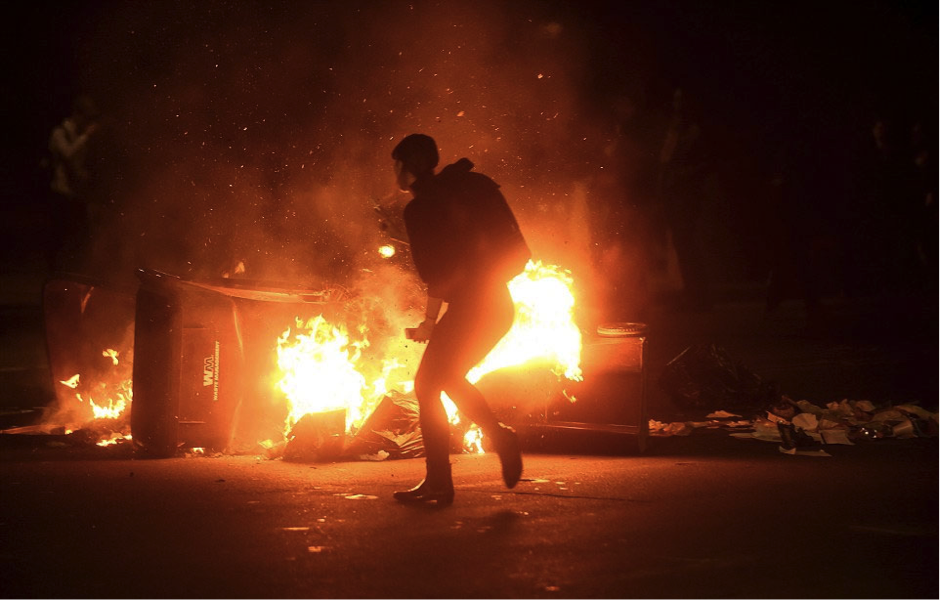 It was never going to be an easy victory, for either candidate.

In the dying days of the campaign, now President-elect Trump brazenly told crowds he would accept the results of the election “if I win”. We heard the Republican hinting to his supporters that they should “make use of their right to bear arms” in the event of a Clinton victory.

Make use of that right they would. Armed militia across the nation sprang to action, training to fight back against the supposedly gun-free world that Clinton would bring.

Chris Hill of the Three Per Cent Security Force was among them. “I will be there to render assistance to my fellow countrymen, and prevent them from being disarmed, and I will fight and I will kill and I may die in the process.” 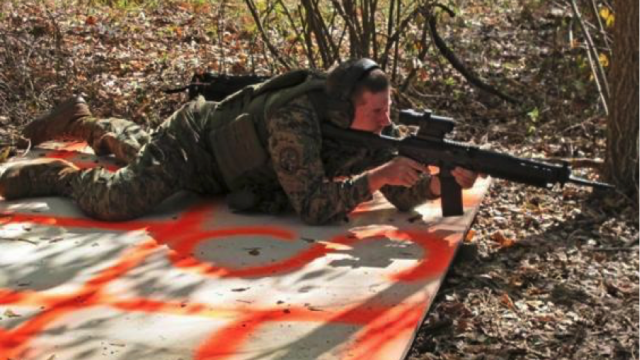 We may have avoided full-on armed combat, but what we’re left with instead is a nation deeply divided.

California is making moves to become an independent nation, with proponents aiming for a referendum in 2019.

“In our view, the United States of America represents so many things that conflict with Californian values,” gleams the Yes California Committee’s homepage. “It is about California taking its place in the world, standing as an equal among nations. We believe in two fundamental truths: (1) California exerts a positive influence on the rest of the world, and (2) California could do more good as an independent country than it is able to do as just a U.S. state.”

California is just one part of a nation that is crumbling under the weight of racial and religious tension. Coast to coast, city by city, students are walking out en masse, and protests slowly shift to riots.

As one U.S. commentator put it, this election was a whitelash. This was a President elected by white America, on a platform of anti-immigration, anti-Islam, anti-free trade. Every age group, every gender, every income level, every level of education—white America had ushered in the era of Trump by huge majorities.

America is divided. The task ahead is that of healing, of finding what it takes to bring a nation of people together after a campaign like none other. The world’s largest democracy is hurting, and the medicine may be worse than the illness.

Where to next? is a question that must be answered.

But for now, America burns—and it burns with a flame ancient in origin, but new in its intensity.