Everyone loves Cards Against Humanity, so some genius knocked up a version entirely made of Trumpisms. You know who doesn’t love it? The lawyers.

It’s safe to say that we’re all familiar with the game Cards Against Humanity. For those who aren’t, it’s a card game that serves as a measure to what your friends constitute as hilarious. (Read into that whatever you may.)

Taking that concept further, and perhaps pushing it to the fringes of “don’t laugh, it’s true,” is the unofficial expansion Trump Against Humanity, which solely consists of Trumpisms to assemble for your own bent enjoyment. (Or for perhaps prepping your own run in 2020!)

Jeffry Da Silva, the brains behind this insane construct, said that his “party game about a horrible person” was surprisingly easy, after the project turned into a game of “what did Trump say today?” Within the game are famous utterings from the President-elect (still weird to type) such as: “Make _____ great again,” “_____ sadly she’s no longer a 10,” and brilliantly, “China” and “Small hands.” 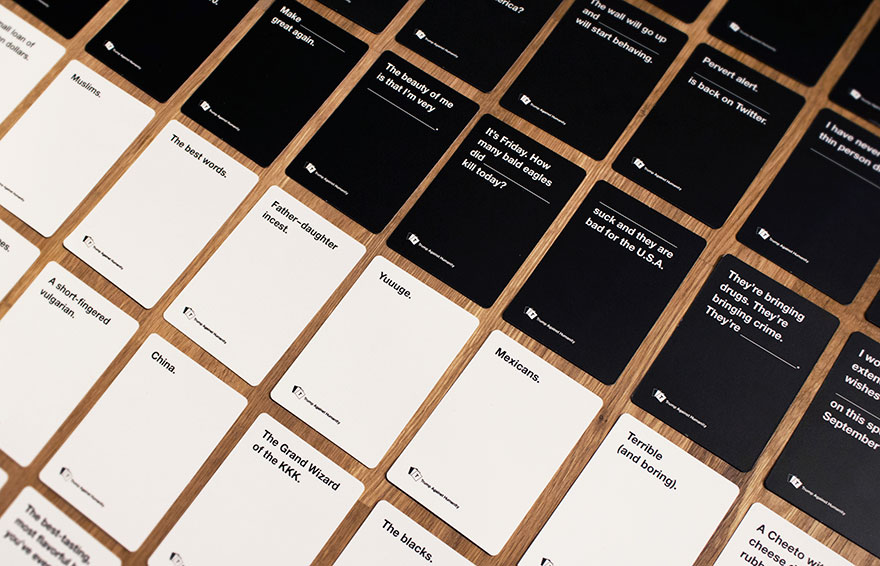 Oh, the mirth. We’re all doomed.

Allow me to add a boner-killer of a caveat though; the Sid Lee Collective, who came up with the idea, are unable to sell it because of the lawyers. Which is a yuuuge shame, but we’re safely predicting it’ll be the black market’s hottest Christmas stocking filler this year. 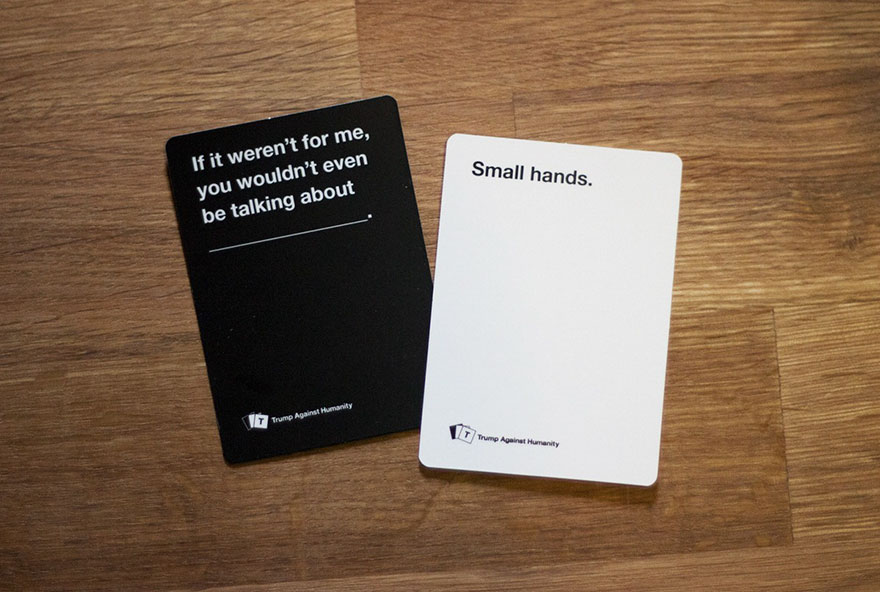