It goes without saying that 2016 has claimed many people of genius … but we’re saying it anyway. We’ve combed the writing staff to see who they miss the most. Bring a hanky and a beverage to raise in respect.

In the world of celebrity culture, this has been a harrowing year. We’ve lost singers, actors, political figures, and thinkers—game changers who made our world a richer place. With each passing, the seal on a golden era of time is wrapped firmer, tighter—locking us from heights never to be reached again. As The Big Smoke sees out the end of 2016 (following a Christmas Day upon which George Michael was claimed by heart failure), we turn to our family of writers to ask for their thoughts on the celebrity death which most impacted them this year. 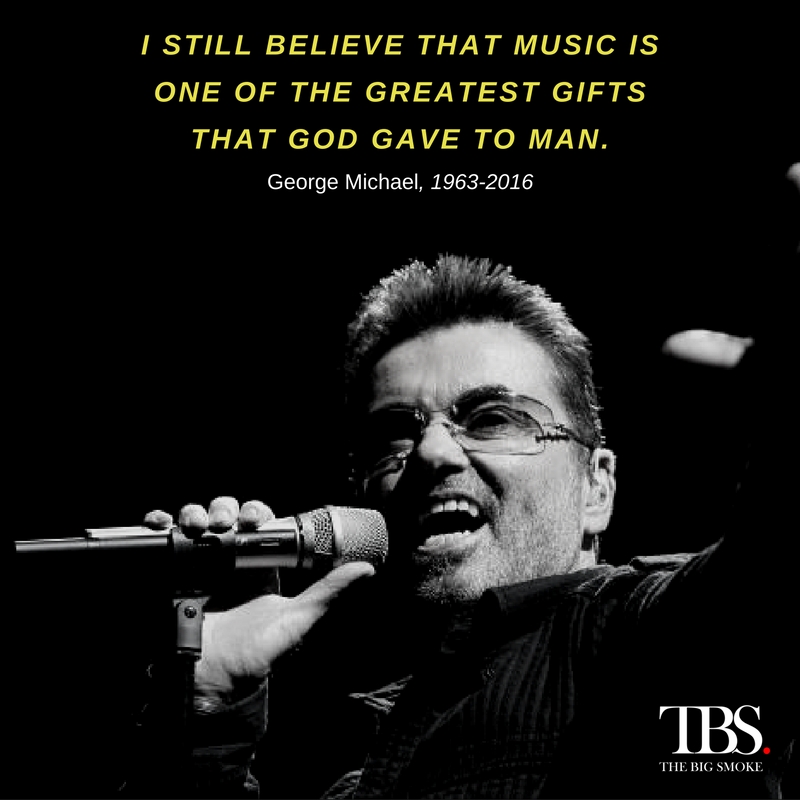 Alexandra Tselios – Gene Wilder
For me, Gene Wilder was the perfect example of innovation in the arts. He mastered both comedy and dramatic interpretation with ease, and his relationship with Gilda Radner inspired many. I realize we lost a lot of amazing humans this year (both famous and not publicly known), however, for me Gene Wilder was the biggest shock, even despite his age, which should have made it the least surprising (he died aged 83 from complications with Alzheimer’s). His death marks the passing of one of the few fragments of old Hollywood we have left in the world, and as the quintessential entertainer, it was a huge loss. He was so much more than the original Willy Wonka, he was the unfunny funny man and also the complex man who once said: 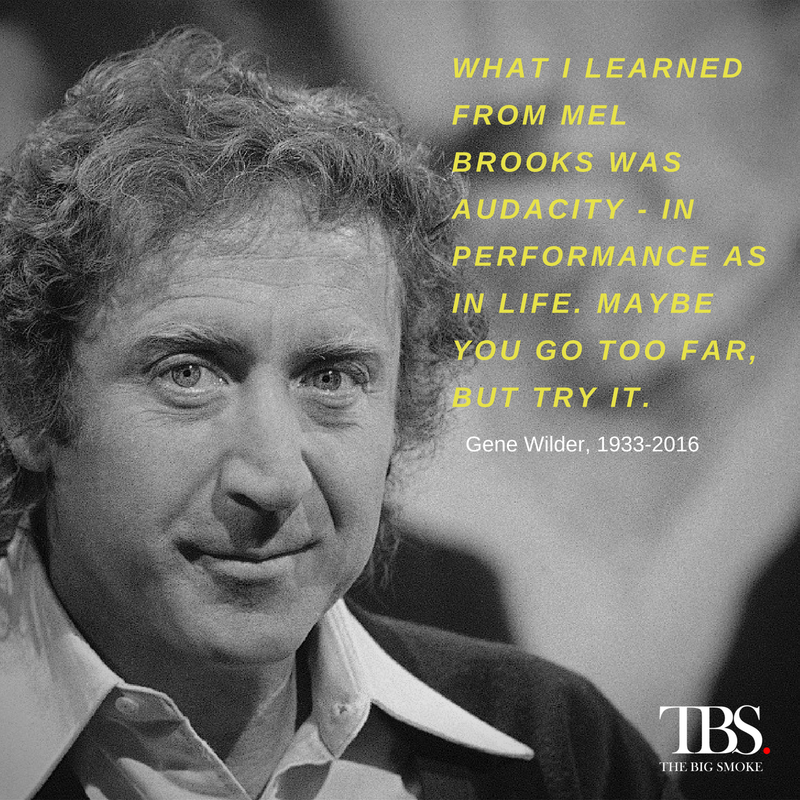 Greg Gerding – Daniel Joseph Berrigan
There were so many notable deaths in 2016, David Bowie being chief among them for me from an artistic standpoint, but there was also the probably lesser known passing of Daniel Joseph Berrigan, S.J. (died April 30 at age 94) who was an American Jesuit priest, an anti-war activist, and a poet. 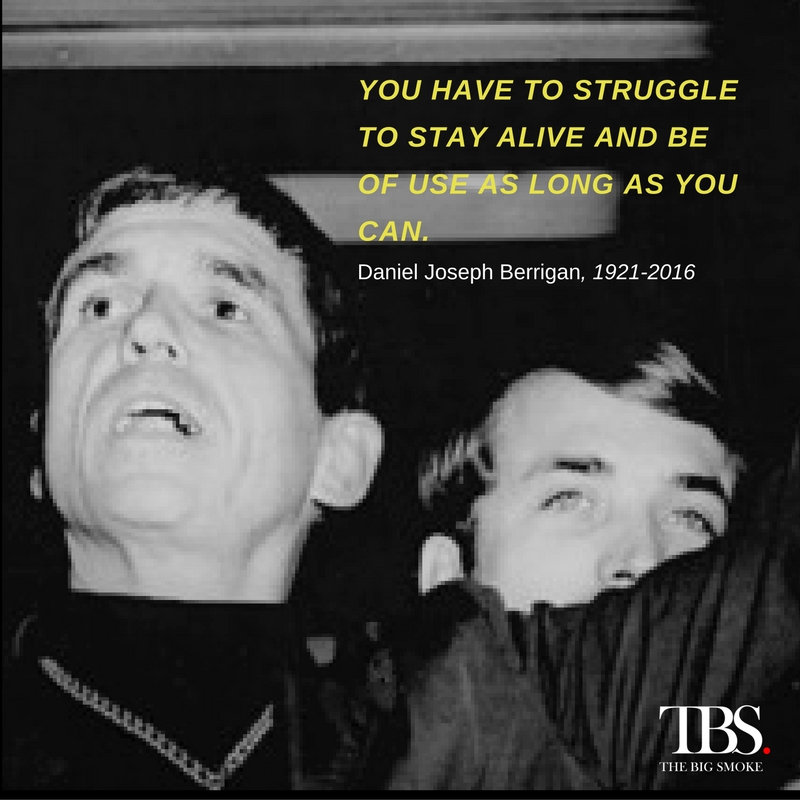 After traveling abroad for a year (France, Czechoslovakia, Hungary, Rome, South Africa, and the Soviet Union), Berrigan returned to America in 1964 convinced that the war in Vietnam “could only grow worse,” so he began, he later wrote, “as loudly as I could, to say ‘no’ to the war.” His defiant protests shaped the tactics of opposition and landed him in prison. He would employ this approach many more times throughout his life.

In these uncertain times, a degree of activism will be required to address concerns; people like Berrigan will be important to learn from and model one’s ideas and actions after.

Sean Quinn – Muhammad Ali
The television was black and white. I wore pyjamas because Eddie, my Da, had struck a bargain with my Mum. It entailed my going to bed very early because it was only Wednesday and I had to go to school tomorrow. The idea of a 4-year-old waking at 3:00 a.m. to watch boxing likely abhors contemporary, risk-averse parents. In that cold, London October, everyone knew Ali vs Foreman was risky. As I’d gone to bed, Eddie counseled that I shouldn’t expect Muhammad to win. Foreman was too strong and, despite what we thought of his principled courage and the penalty he’d endured, Ali was too old to regain the heavyweight championship and make history. The forced absence had taken too much from him. I felt differently. Apparently, Muhammad did too. As he said himself: 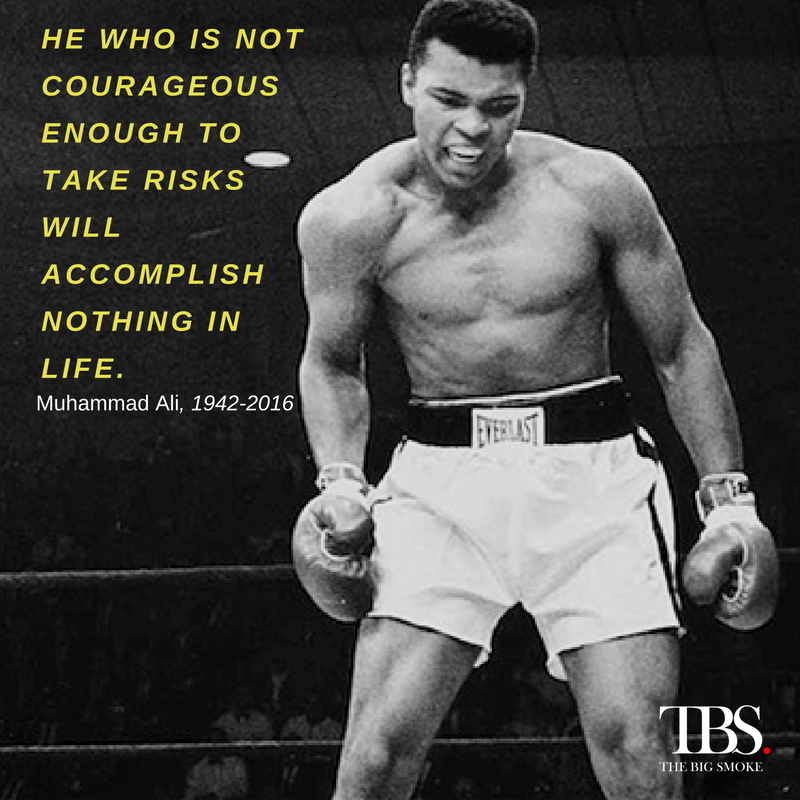 For a young family that fled Ireland after the civil rights movement there degenerated into the terror campaign that had killed my Uncle Frankie two years previous, there was something special about Ali’s return. His heroism was first a product of conscience, and then, resolution. Parkinson’s Syndrome ensured Muhammad Ali paid again for his greatness and indomitability. Six weeks after my 14-year-old and I returned from my Eddie’s hometown interment, Ali’s June death affected me profoundly. With Muhammad, the most recognizable figure of an era, in which the public refusal to submit to injustice had affected meaningful change, was gone. So was my Da.

Adrian Powers – Carrie Fisher
On-screen, Ms. Fisher reminded us to always keep fighting and to never, ever give up hope. Off-screen, she proved to be an even greater inspiration and showed that with courage, even our strongest demons can be overcome. I may be a stuck-up, half-witted, scruffy-looking nerf herder, but her loss is palpable, not only in her galaxy, but ours too. 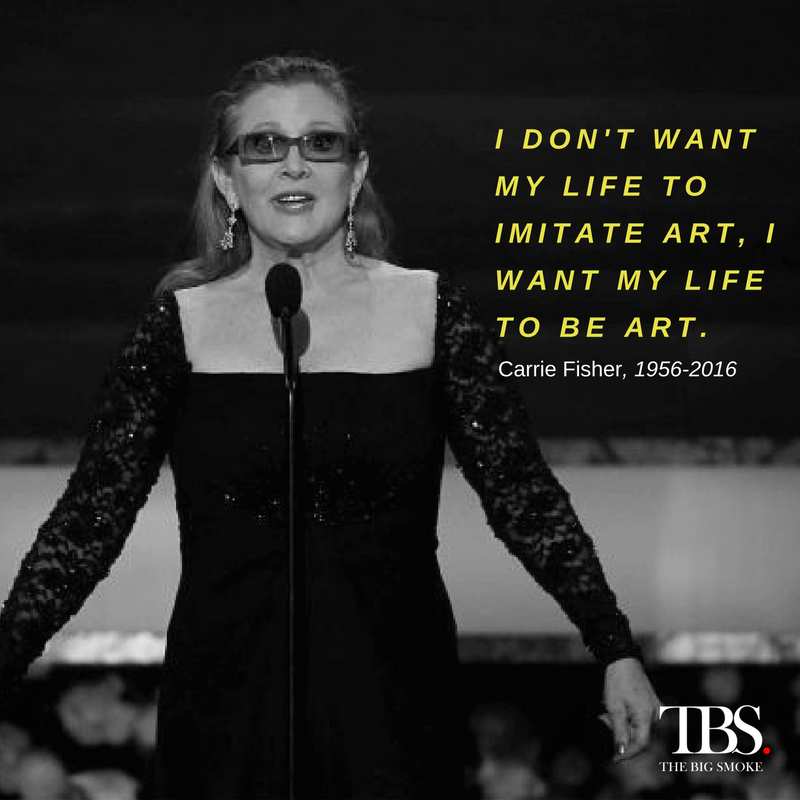 Brenton Moore – Richard Adams
Watership Down, Richard Adams’ story of rabbits and myth, made such an impact on my artistic life and had a profound effect on how I thought about story and character, not in terms of individuals, but rather in culture and communities. My sentence was going to be about Bowie or Phife Dog, but the death of Adams’ bunnies hit me hardest. 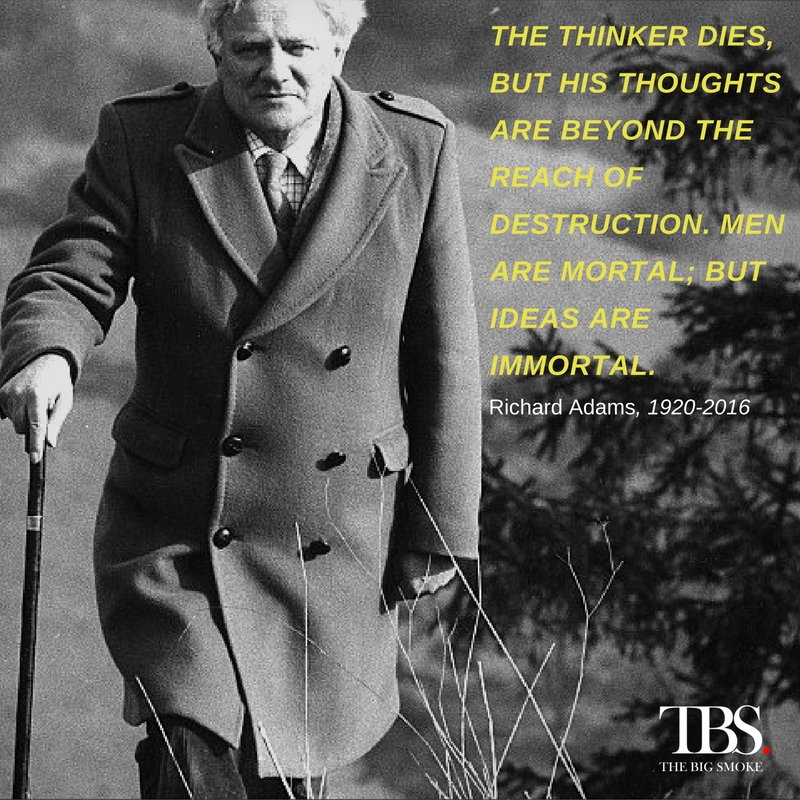 Anita Lester – Leonard Cohen
You were knowing and clever and left before watching the world burn, but you didn’t leave without a message. “You want it darker; we kill the flame” speaks of warning and premonition. You understood the nuances of life’s mechanisms. My friend reminded me today, the thing that differs us from animals is our ability to make art. My personal belief is that, when sincere, art is the truest and most penetrating voice. 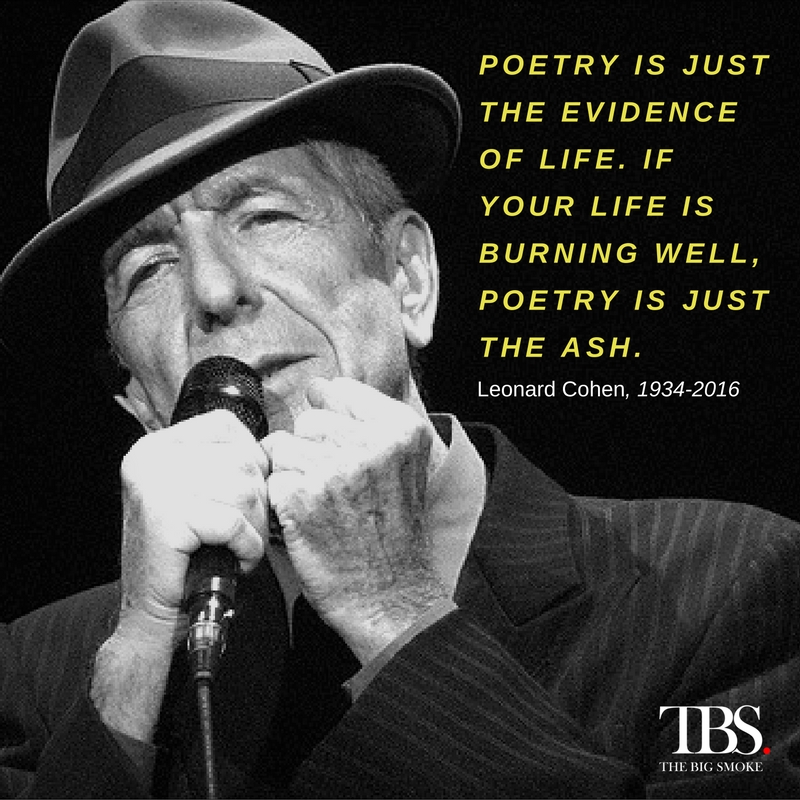 Josh Shipton – Alan Rickman
With a spastic soft palate and lazy diction he has made every Christmas bearable as he ices my festive cake by plummeting from the Nakatomi Plaza window as Hans Gruber. I want to hear his voice again and again. I want him to make a terrible Robin Hood movie bearable. I want him to snarl at Missssster Potter. It’s hard to believe that dry wit, that droll delivery, that sinister charm has been silenced. 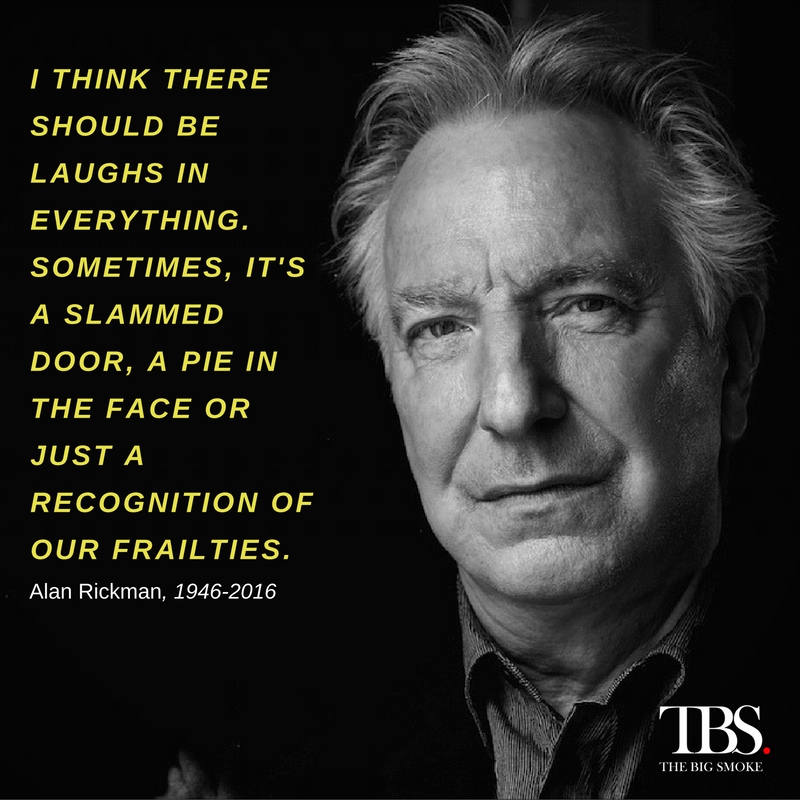 Mathew Mackie – José Fernández
Unlike the most notable of those lost this year, what cut me the deepest was the loss of the future. The squandering of a historic measure, the erasure of high watermark not achieved. José Fernández, a Cuban defector, wrote greatness from his fingertips, manufacturing joy out of something as meaningless as hurling a baseball across a piece of plastic. An act so suburban, but delivered with such graceful expertise, combined with his towering lust for life, it made you love the sport even if you hated it. Sadly taken prior to the peak of his ascent, we’re left with the most bitter of questions: “What if?” 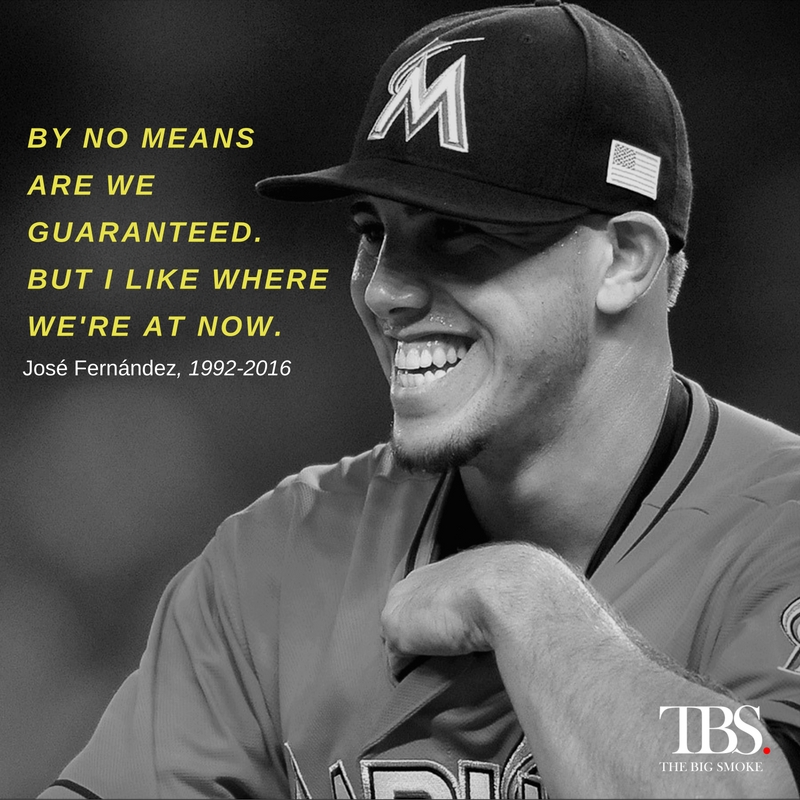 However, in the darkest corners of angst, there is renewal, demonstrated in this case by his teammate Dee Gordon, while wearing José’s number 16 no less, who laced a home run in his memory. It’s just baseball, sure, but for a man who has hit eight home runs in 2,710 appearances, to hit one for his dead friend at the first at-bat in the game that doubled at his wake … it steels my shattered heart.

Pendlebury Wicks – Prince
Ever since he shot back into prominence when he torched Charlie Murphy in basketball, as retold by Dave Chappelle, my love for The Artist Formerly Known As has held strong. He’s an artist that I’ve grown into. Once I ignored him as a costumed weirdo, his musical nous has surreptitiously crept into my everyday playlist and remained there. The best platitude I can hurl at the man was the thought I had after seeing him in 2012: “He’s still good.” Complete to the end. 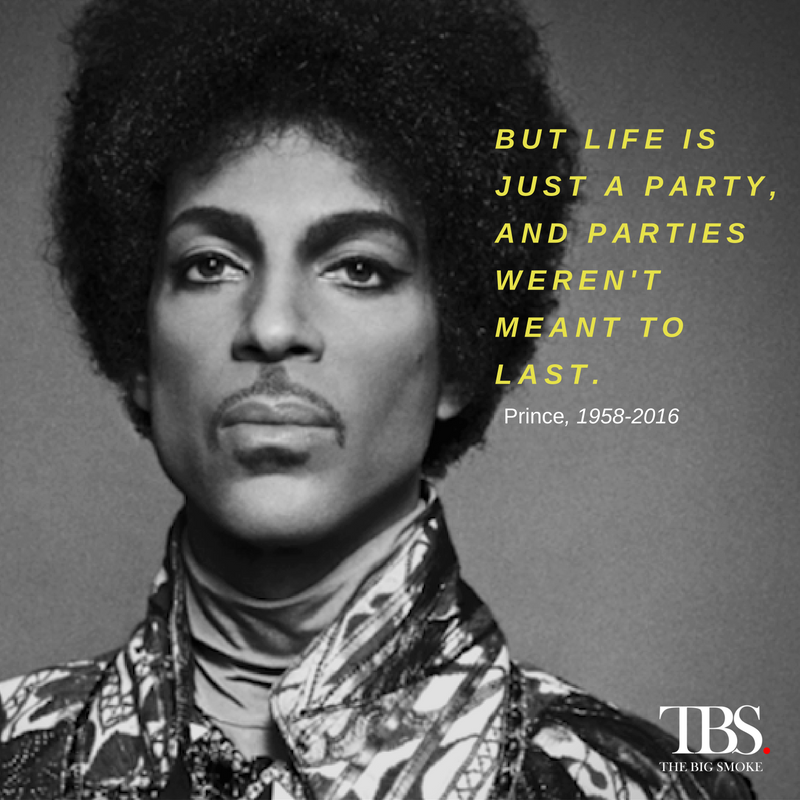 Ken Louis Stephens – David Bowie
A man of relentless reinvention and persistent progression, David Bowie is the celebrity passing which most impacted me in 2016. I was merely a casual listener until a girlfriend introduced me to him properly in my early twenties, and ever since I’ve come to associate so many world events, personal experiences, and emotions with the varying degrees of his back catalog.

Bowie stood for innovation, arts, and personal growth, shared himself openly and honestly with the world whilst remaining a figure shrouded in mystery, and came to epitomize class in a world of experimental, edgy, and oftentimes, some may say, crass pop/rock musicians. 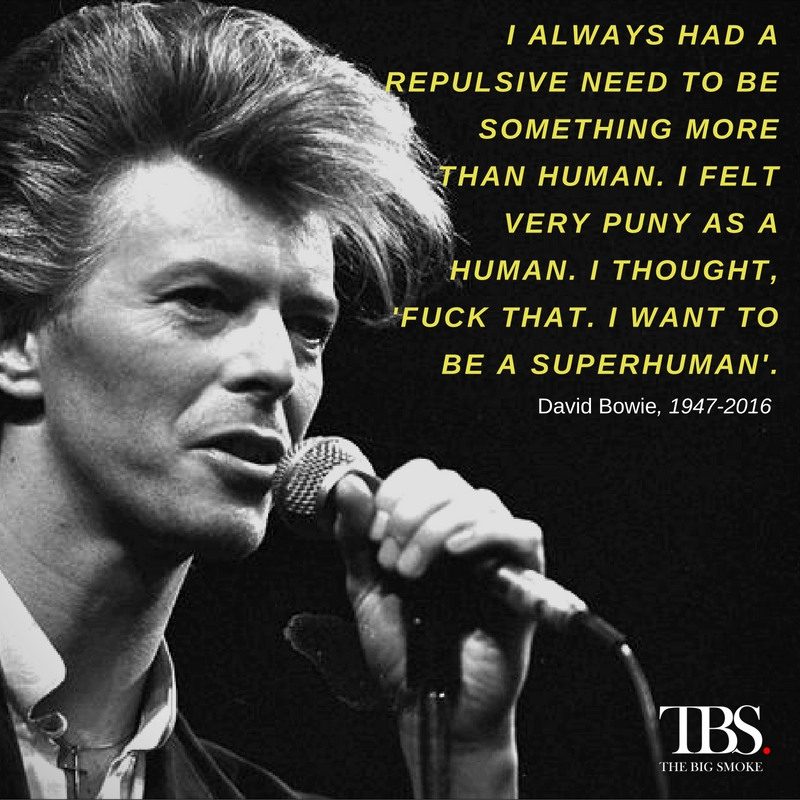 Two highlights: His final album, the dark, unnerving, and experimental, alt-jazz tinged Blackstar, largely regarded as a parting gift to his cherished fans, released two days before cancer claimed him. And then there’s this video, in which he guests with a very youthful Nine Inch Nails during one of their more chaotic, violently destructive performances and still, dressed in white and barely moving, manages to outdo them with his sheer presence.

Thin White Duke, may you rest in peace.