Reddit is an open place where equality is freely distributed. But I say equality should only be for those who deserve it. Feel me?

Ok, now that that is done, let’s move on.

Oh, you want an explanation? Fair enough. Why am I hating on human kind? Good question! Just look at these next few Reddits and you might get a clue …

Pro-Lifers Declare “Ejaculation Is Murder: Every Sperm Cell Is A Life”

I’m all for equal rights, blah, blah. We all want it. But for fuck’s sake, can everyone just chill the hell out? This shit has been taken too far. I feel like I can’t say anything anymore without some Millennial saying, “That’s so immoral, you can’t say that!”

Like for instance, I’m a native English speaker, so I would say hello to a group of strangers in my native tongue, duh. I don’t know their background. But in today’s day and fucked-up age, if I don’t say it in twenty different languages because I don’t know where these strangers originate from, nor their background, or whether they can speak a second language, I’m a horrible monster.

That’s an example, but one that seems totally plausible to the standards being forced on us by a bunch of winging dickheads.

Well, guess what, dickheads. “Hello!” she says in her native tongue. And I’m going to say it again and again and again ’til you walk away and right into the newly built trauma centers that cater to sensitive noobs who people with real trauma hiss at. I know I’m not the only one that feels like this, because the people I like to surround myself with are done with this shit too. What happened to letting people have freedom in belief without being shot down and burnt at the stake for it. Omg, we are re-living witching season. It’s just being done 2017 style. I propose a new way of living, everyone just shut the fuck up and live a good and moral life how you see fit. Donesies!

Parents Waking You up for School

Mumma, I love you, but my God the memories of you waking us kids up for school still haunt me.

Let me fill you in, reader. I’d be asleep. But my mum, who was somehow smiling a ray of sunshine, would beam in my room and head straight to the curtains. “Wakey wakey, rise and shine!” she’d say as she dramatically heaved the curtains open, opening the window to let the dewy crisp air in. In the background, you can hear Pentecostal Christian music playing loudly on the tape cassette player. “Jesus, I love you, more and more each day / your love surrounds me, in your arms I’ll stay.” Oh for shit’s sake! I can literally sing that whole song beginning to end, flipped up and reversed if you want.

God … am I crying? Of course I say the infamous “five more minutes” and carry that out ’til I literally have five minutes to get dressed and get my arse into the classroom where I’ll begin my homework I didn’t do the night before because The OC was on and I needed some time to process the episode’s drama. (Marissa, get your shit together, son!) And finally, if the boundaries set by society are killing your vibe, follow the paws of these critters who decided to leap over it. 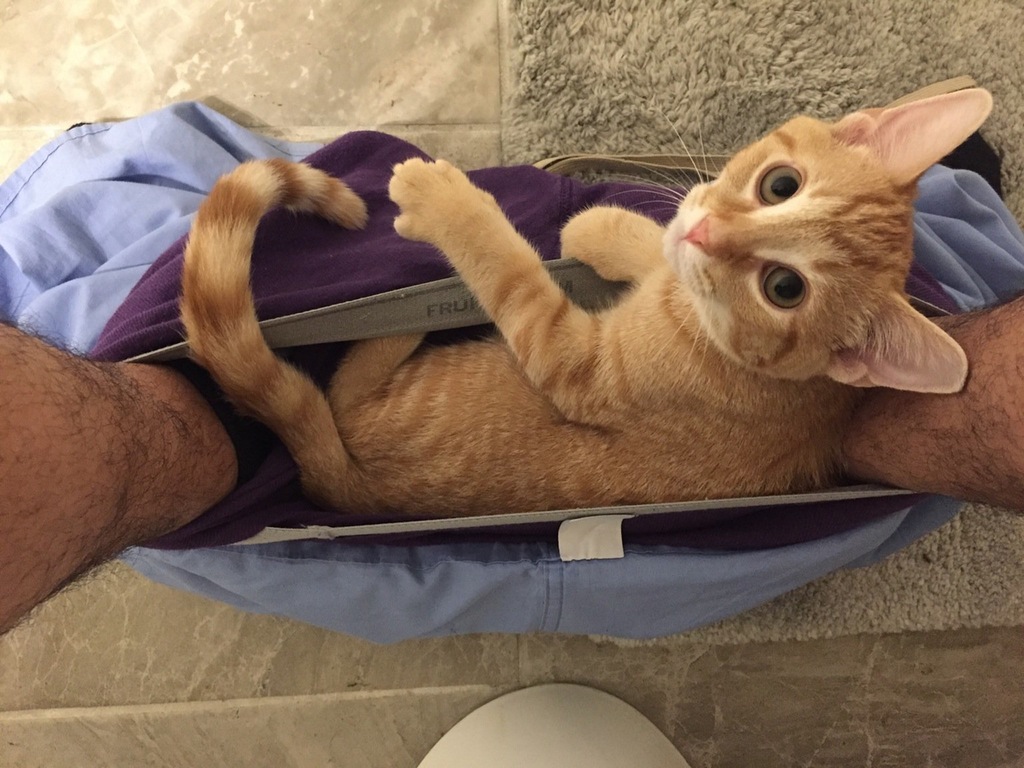