Barack Obama was a great father figure, an inspiration, and a great voice. But was he as great as we expected him to be? I say no.

During his farewell address, Barack Obama dropped his last mic, leaving us with the bookended self-reflective verbal-bomb, “Yes we can. Yes we did.” However, in the famous words of Hotel Magnate Billy Madison in defense of bae, I say, “No, no you didn’t.” Which is a hard thing to admit. I love Barack, but truthfully, he let us down.

While the Obama administration was one fine piece of “ahss,” his true legacy is hard to figure. While he saved us from a Republican warmongering financial hell, one could argue that an eight-year journey has merely been a lap around the block as 2017 sees us back at the same pivot point and Barack’s approval middling out to zero. 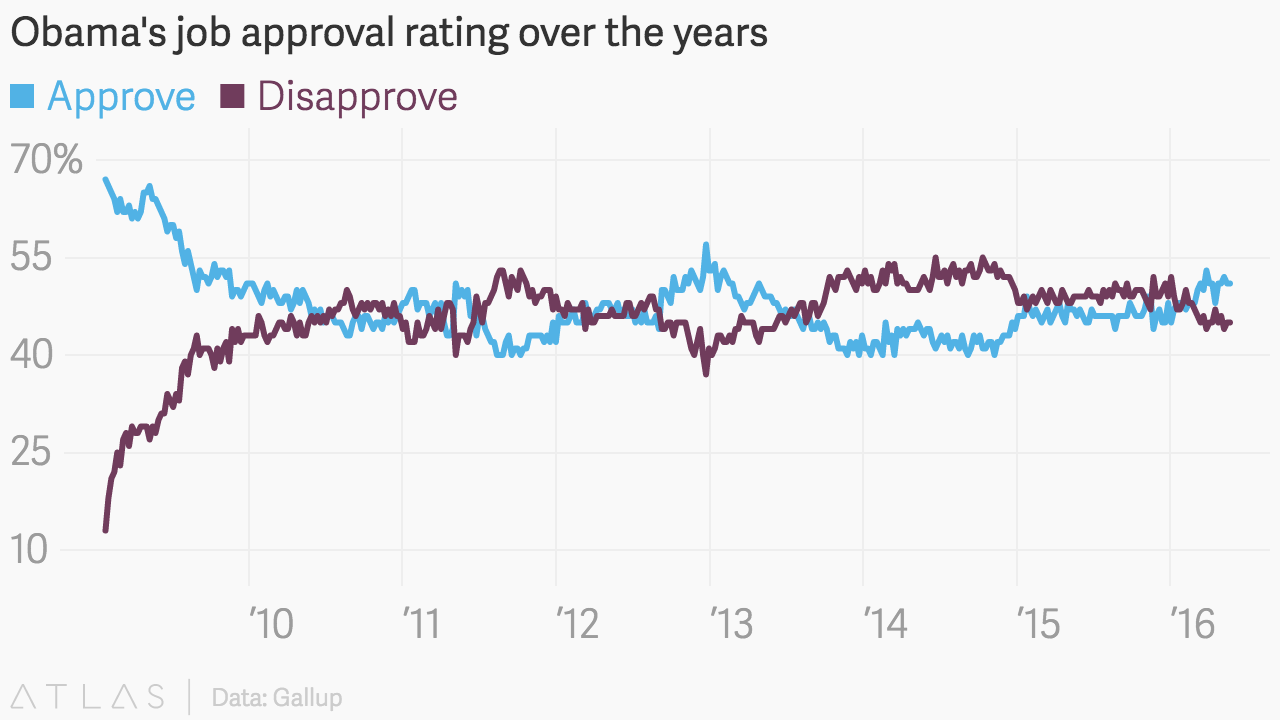 Obama was, and will remain, the rest of the world’s President. The cool one. The eloquent one. The dude. We all felt that single cathartic exhale accompanied by a giggly girlish rush that historic evening in 2008 when he toppled the frighteningly diminutive, but palsy rolling gag reel that became George W. Bush. It felt like we did it. He felt like one of us. Fists were pumped. Foreheads were dabbed in sweaty glee. Who was that guy? He was our Kennedy. The candidate for change. Elegant, graceful, acerbic. He said stuff that we were all thinking and he spoke it with such conviction that we believed it to be true.

Change, like love, was in the air. It was at our feet. Seven years removed from the violent binge enabled by 9/11, it seemed that peace would reign, importing logic to the United States, be it gun control, reining in Wall Street, revamping the broken medical system; anything was possible.

However, much like Kennedy, it didn’t happen. While JFK’s positive legacy was settled by the sound of a rifle crack, our great hope slowly dwindled to the great nope. There was no visceral moment of injustice; a thousand invisible cuts felled the beast as we sat frozen putting our fingers in our ears to save us from experiencing the death rattle. Like JFK, Obama was stymied by the political system. With a split congress, lasting change would be earned in inches. A marathon, not a sprint, as congress was painted in the blood of red tape—we were left wondering how long it’d take. Thusly his first term was defined by well-meaning inaction and repairing the damage that the Republicans wrought. Four years of putting out fires. Iraq, Afghanistan, the too-big-to-fail bailouts.

The next four years saw him speak eloquently on the pointless brutality of gun violence while he watched the pale figures climbing under his stewardship. Iraq turned into Syria and Saddam turned into Islamic State. However, there were great victories. Same-sex marriage was legalized, diplomatic ties with Cuba realized, financial growth was prevalent, and he secured the Nobel Prize.

The problem with history, especially political history, save for towering positive moments that define a presidency (like FDR’s heroic death), we tend to focus on the negative in order to define. We focus on Nixon’s you-know-what instead of his SALT treaty with the Russians or his desegregation of southern schools or lowering the age to vote; we remember LBJ’s war on Vietnam, not his war on poverty; we remember Bill Clinton for a stained black dress, not the dragging of the U.S. back into the black from a $290 billion deficit to a surplus of $128 billion.

Obviously, Barack didn’t achieve what he wanted or what we expected him to. But the question is, how do we remember him?

In the last year of his administration, after giving probably his most touching and Obamanian speech, his final State of the Union Address, he spoke eloquently of the possibilities. All the things that harnessed American exceptionalism can achieve. The great ifs. The cure for cancer. Peace in the Middle East. Meaningful health care reform, not the watered-down version with his name pejoratively attached to it. Again, we felt it. That same electric ambition we felt almost ten years prior.

In fact, you could argue that his last year was his most meaningful. He spent half of it coasting like a long-time teacher counting the days until retirement, like a political Donald Sutherland in Animal House; he was the lecturer you prayed you’d get and would probably sleep with, dropping zingers, star of memes, and reading his own hate mail on Jimmy Kimmel. Whattaguy. But in response to the reemergence of the Republican Party, now powered by an unstoppable tangerine cyborg sent from 1956, Barack took it upon himself to protect the process that hamstrung him. It didn’t work for him, but it could work for us. The power to change, like he promised on that ancient Chicago stage, was in our hands, if we wanted it. And much like Obi-Wan Kenobi, he is gone just before a new impossible challenge we need his guidance for.

Perhaps Obama’s true legacy is reminding us of the possibilities, perhaps the historic label should be etched in a tone of gray, not black and white. The personification of the “what if …”

Perhaps he’ll also be remembered as a hero and a villain, his empathetic tears respected and castigated. Perhaps, in the final analysis, his administration may be best defined in the subjective borders of the hashtag #ThanksObama.