I may not have read many things, but at least the list I’ve pretended to have read is far longer. Come now, don’t judge … I’ve already taken care of that.

I enjoy speaking with authority about things that I have no real knowledge about. It provides a strange thrill, like lying to the shareholders, riding a tricycle with no hands, or shoplifting what turned out not to be pornography from a Parisian kiosk.

The cornerstone of this ancient and hallowed practice of faking knowledge is the ability to overstate how well read you are. That and generous use of the words “admittedly,” “conversely,” and “colloquially.” Adverbs, those are adverbs, right? Generous adverbiage, kids. That’s the key to this con.

So here’s a list of a few things I haven’t really read and the things I say to pretend I have read them.

By far my most common claim these days. There are guys out there writing great analyses of politics, philosophy, and culture. Not only do these essays have pictures, but the pictures move! Most of it goes in one ear and out the other, allowing me to feel smart for about 15 minutes; and what fragments I do remember, I will gleefully pass off as my own, starting the sentence with, “The other day I read this thing on Foucault’s Madness and Civilization … on YouTube.” Yep. I was reading it on YouTube. I’m incredibly well-tubed.

2. Books I Read in High School

Books I pretend deeply affected me, when really I trudged through them resentfully whilst fighting the urge to re-watch BASEketball for the 17th time. That’s the movie where Trey Parker of South Park drinks fat liposuctioned out of Marlon Brando’s ass from a ziplock bag through a straw.

3. Anything by James Baldwin

I’ve started Another Country, but it’s hard to finish because I’m usually multitasking: I’m reading James Baldwin whilst attempting to be seen reading James Baldwin. ’Cause I’m totally empathizing with the plight of the American black man but in an ostentating my Penguin Classics way. A way that says, “Yes, I am a 30-year-old white man who still fantasizes about comparing the Wu-Tang Clan to Shakespeare in front of a middle school class/my parents …” My mother furrows her brow but then my father lovingly places his hand on her and says, “His ways are not like ours, Marsha.”

4. All of HP Lovecraft

I’ve read some HP Lovecraft. Which immediately entitles me to alpha Lovecraft authority status with the group. Kneel. And prepare for the inevitable lectures on cosmic indifference to let you know how special I am. The universe favors those who know it favors no one. Right?

Just so I can compare what I presume happens in them to the war on terror, Donald Trump, or the Internet … like, in general. Bonus points if I manage to shoehorn “panopticon” into the conversation.

Whenever someone mentions Dune I erupt in a cry of “Classic! ‘The spice must flow!’” followed by self-satisfied silence. Or a great opportunity to name drop Jodorowsky. An opportunity I realize I have just taken. But I name-dropped him first and by the rules of conversational appropriation his fairy dust will now land exclusively on me. Get your own auteur! Poser. 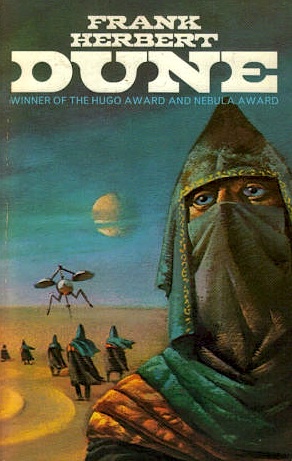 Just so I can go on diatribes about how the film bastardized a great (or so I hear) graphic novel on anarchism into some bulls#@t about freedom for American audiences. Then when someone answers with specifics from the graphic novel, I seize up, go silent, and hope they keep talking whilst frantically replaying the film in my head.

I think here I’m part of a distinguished lineage which may or may not include Kim Jong-un, your Right-wing “socialism!” uncle, and every male in Paris trying to get laid between the years 1965 and 1970. Doesn’t stop me from name-checking “the means of production,” making a weak pun on “dialectical materialism,” and waiting for someone to offer the “beautiful in theory but impossible in practice” cliché so I can pull the Willy Wonka meme face.

A thing I have actually read:

1. The novelization of the movie Independence Day