As I’ve learned through frequent bitter experiences, what I think song lyrics are, they frequently are not. Science explains why the brain misses the point. But my heart still hurts.

Stacey, come back and be mine.

A lover’s hopeful/hopeless plea, dipped in instant relatability, seasoned by the salt of grating life experience, baked to perfection by the steady hand of whoever felt the loss. That sous-chef de emote who wrote that lyric must’ve walked through the same soufflé of emotional detritus, I thought, just wanting their particular person to reverse their exit and fill the open spaces off their hip. Just like me.

Except, for fuck’s sake, the song doesn’t even say that. As I found out this morning, over the saddest breakfast of my silly existence (on par with the one when I discovered Santa was only as real as my mum’s bank account would allow), the actual lyric for this song I’ve emotionally shackled myself to is: “She keeps on passin’ me by.” Similar, but worlds apart. What happened to Stacey?

Does she even exist?

Disappointment thy name is “mondegreen.” Which, according to Google, is the term that defines both the end of my romantic life and also what happens when what the ear hears isn’t especially true – when it comes to song lyrics. The reason is complicated science. And ear-bleedingly simple.

The engineer of a recent study on word recognition, Dr. Wei Ji Ma, an Associate Professor of Neurology no less, claims that you can misinterpret things if you aren’t looking at the speaker while they’re speaking.

Now, unroll your eyes and unclick that tongue. Yes, it seems obvious, but the pickle stems from the nature of how we interpret sound. It is a two-step process. First, there is the auditory perception itself: the sound waves making their way through your ear and into your brain. The second step is the part where your brain takes the noise and imbues it with significance; “That was a car alarm,” “That was the ‘c’ word,” etc.

However, remove or distort one of those steps and the brain picks up the slack from the other, making slap hazard guesses – and that’s when the lols introduce themselves to the situation, as the graph below demonstrates: 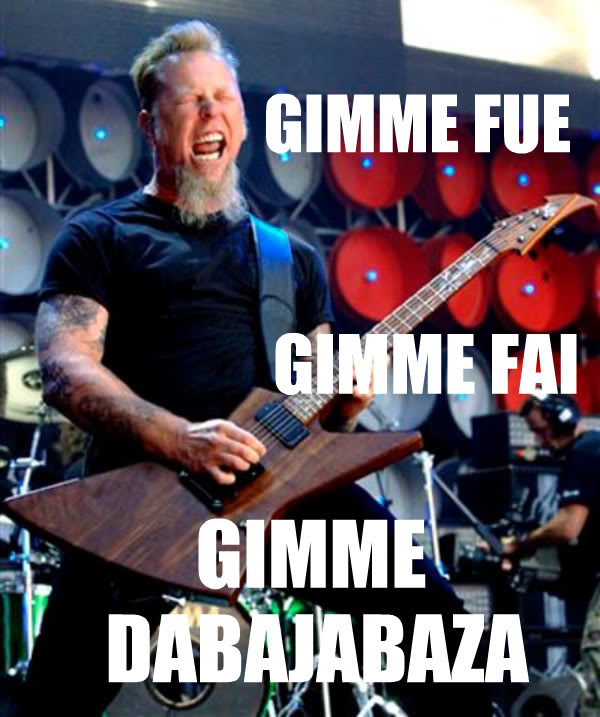 (“Give me fuel, give me fire, give me hot rods and hunting – these are a few of my favorite things,” right? – Ed.)

It’s fairly simple science according to the findings: to accurately ascertain what somebody is saying, read their lips.

I disagree, however, as in using this theory, I flunked the exam. I watched this rather bland YouTube video of Michael Jackson’s “Wanna be Startin’ Somethin’ ” and I still have no idea what 80% of the lyrics are. You figure it out.