According to the findings of a recent German study, marriage does actually change you for the worse. So …

There’s long been a social suspicion that marriage flames the personality of those you knew. In layman’s terms: Dave’s not fun anymore. However, these hypotheses are usually flung by the romantically inept unwed masses, so their criticism remains unresearched. But, somewhere on the Venn diagram of spousal ignorance and jealous nitpickery lies the truth. 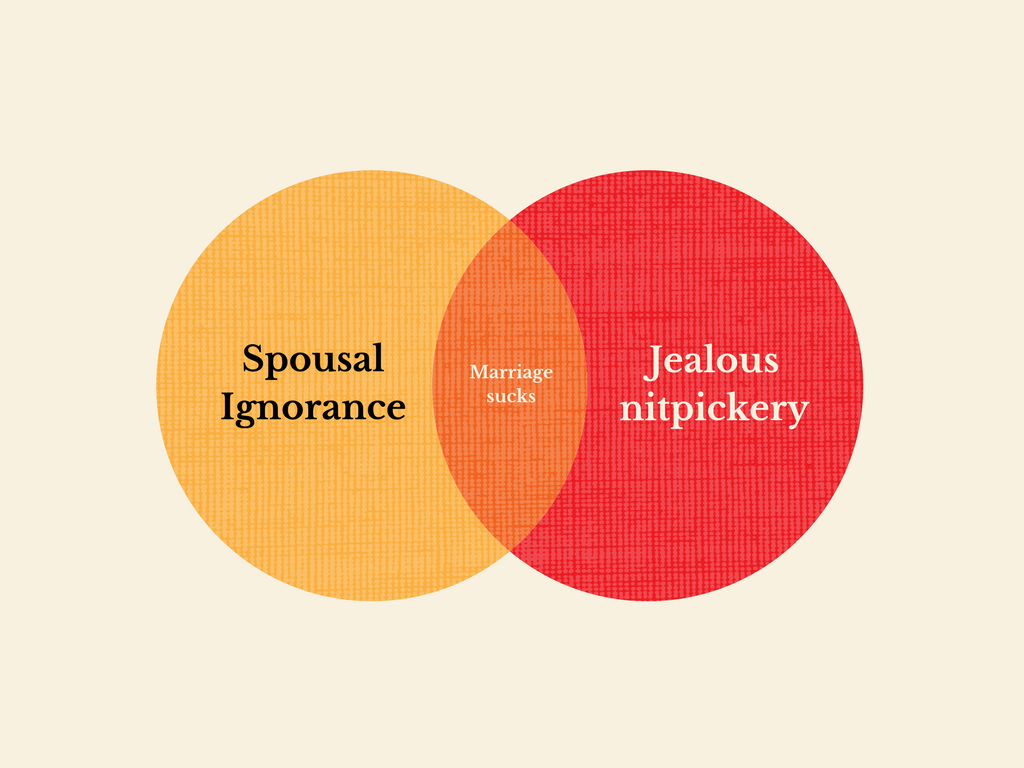 It seems that we have official confirmation. The grandest of all unions is nothing but a whirring tool that buffs the sharpest edges of your personality into the smooth finish of spousal conformity.

A study in motion at the University of Münster discovered this emotional plutonium by accident, as the original concept of their process was to chart how much the personality changes over a four-year stretch. Among the 15,000 polled, 664 entered marital bliss over the duration of the study which gave researchers a valuable subset of data: the definitive before-and-after snapshot.

We have official confirmation. The grandest of all unions is nothing but a whirring tool that buffs the sharpest edges of your personality into the smooth finish of spousal conformity.

The wedded participants charted decreases in extroversion and a willingness to experience new experiences, polling poorly against the control group. The control group consisting of hopeless types who were collectively deemed unsuitable to be trusted with the continuation of the species. Legends all.

So, it seems the cost of marrying your love is the reason why they said “yes” in the first place.

But I disagree. I would like to offer an alternative take on the data.

I’m unsure that the strict unfeeling borders of marriage enabled the dip in their value as people, I believe that marriage is merely a conduit in that the newly married polled differently as they no longer had to try as hard. Most single people I know are intrinsically outgoing, absolutely keen to trade in the rent money for an impulsive music festival trip to Coachella. They do this because they have to do this. The reasons are twofold: a) They’ve got nothing else, and b) If they want to find a mate, they must be seen as unique. The wedded 664 have won that particular battle. Their war is over.

Whether you believe the findings is entirely up to you. But, I’m curious. Did you form this conclusion by yourself? Or was it partially formed by the spouse? If so, your resistance to those foolish midweek drinking session invitations are entirely valid. You’re not that person anymore.

Australian War Crimes Report Means Get Out of Afghanistan