After a recent study proved the connection between dog ownership and longer life, one can naturally assume that the path to immortality is paved with doggos. Right?

There’s a simple truism we can all cling to: death, we fear it (most of us). And dogs, we love them (most of us). Combining the two, happily waggling all its bits at the very sight of you, is a very good boy of a scientific study. Yes, you are. Who’s a good, peer-reviewed boy? Yes!

Damn. I miss my dog.

Sigh. Anyway, for those who fear death but are also resistant toward pooch ownership, then there is an available route to immortality that just wants to love you, if one follows the findings of the following study to an extremely literal place.

A scientific report analyzed data on the health of 3.4 million Swedes over a decade and compared it to data about dog ownership on the required national pet register. Of the millions of Swedes whose health records were analyzed, 13% owned canines; and of those, the dog owners between 40 and 80 years old tended to live longer than those in a similar age group who did not own dogs.

The researchers offer the theory that dog owners live longer because canine pets provide a sort of social support and motivation for their humans to be more physically active.

So, the conclusion is simple: own a dog, live longer.

Walking along the same line of thought, to avoid the knock on the door of the reaper, it seems obvious: just buy all the dogs in the world. The more dogs you own, the longer you’ll live, right? That’s what the study said. No, don’t open the hyperlink to crosscheck it, there’s no time. If you need some made up graphs to back up your impulse (and not at all simplify the real findings), here: 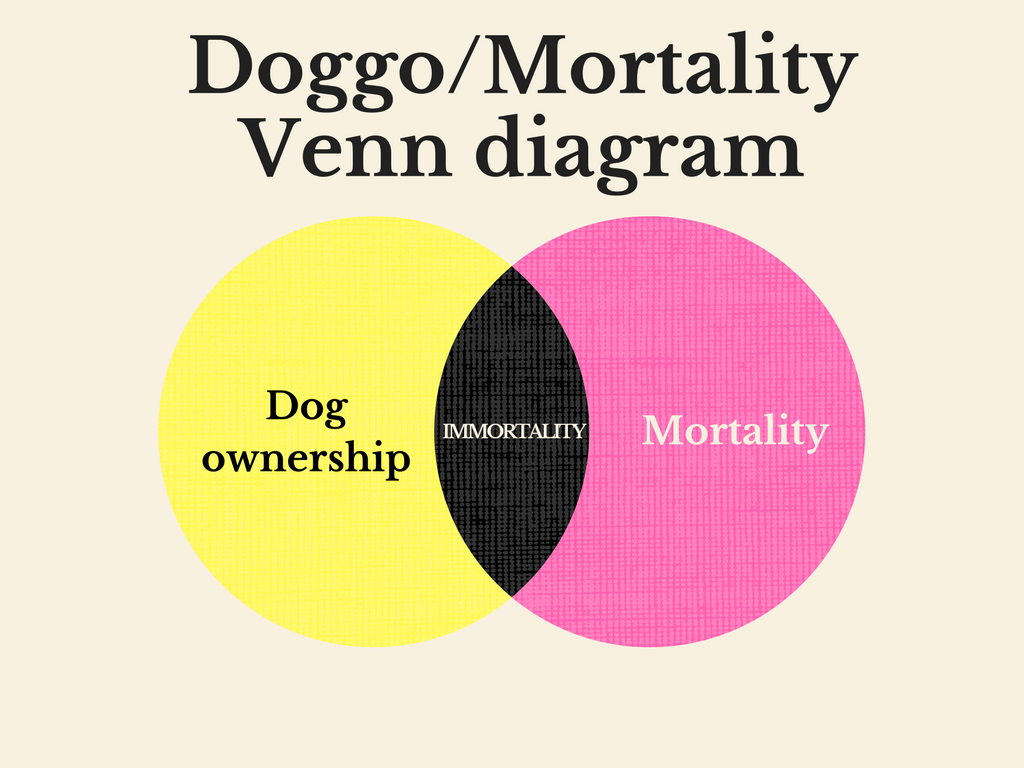 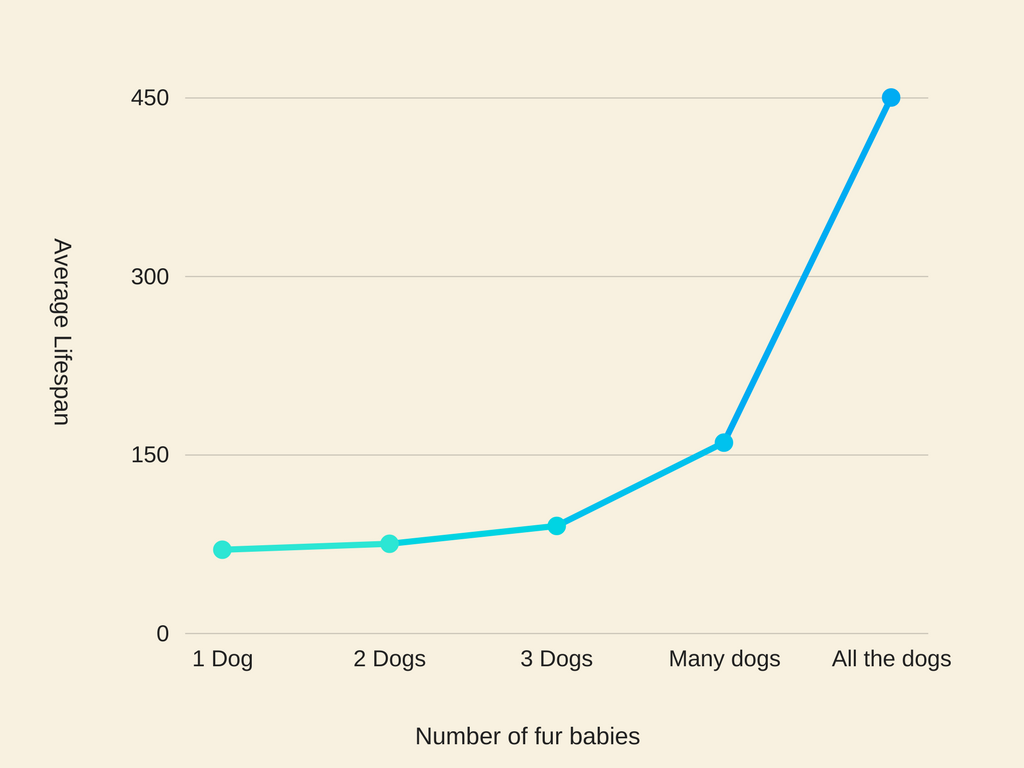 Yeah. Yay, science. So, yes. Yes, you should. Buy all the dogs, live forever. Everyone wins.

I see a rather large caveat. While one will presumably live forever, you’ll have to endure seeing your doggo pals continually shuffling off this mortal coil. As a dog person, I couldn’t stomach it. But, if you’re Randy enough to want to be around forever, it’s probably a price you’re fine paying.