Recently, we banded together to support bullying victim Keaton Jones. The fact that he turned out to be a bully is a perfect metaphor for 2017.

2017 has out-2017’d itself in the most 2017 way possible. The story of Keaton Jones, a kid who, in a video recorded by his mother, complained in a heartfelt way about being horribly bullied, has taken a turn for the stupid and racist. And, honestly, at this point, I’m not surprised.

The mother, Kimberly Jones, is apparently (allegedly?) a racist, with photos unearthed of her and her family smiling and holding Confederate flags, as well as posts where she targets Colin Kaepernick and other NFL players for protesting racial inequality while kneeling during the national anthem. 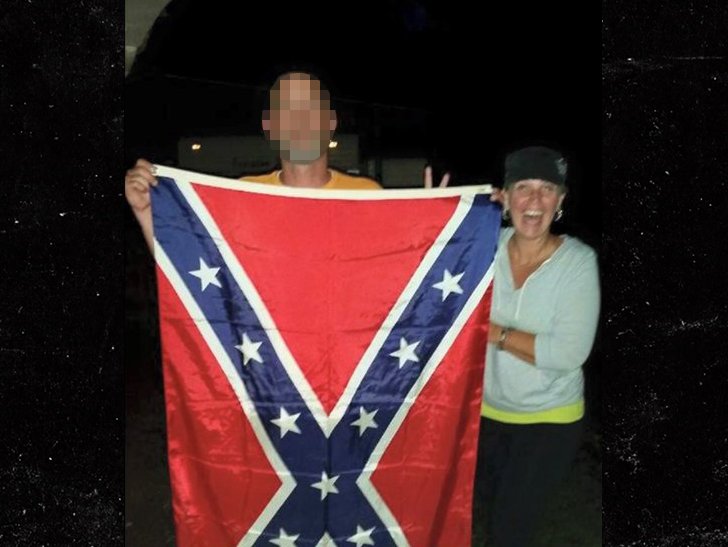 But, of course, maybe this shouldn’t have anything to do with Keaton, right? He’s just an 11-year-old kid and throwing him into a social media trial-by-fire maybe isn’t the most humane thing to do. I mean, there are rumors of him calling classmates by the n-word and that’s why he was bullied, but those claims are unsubstantiated.

Also, we shouldn’t be worrying about those Confederate flag photos, Kimberley Jones says, they were taken ironically. Which is, you know, super. Just like how all that ironic blackface really worked out, or ironically dressing as Nazis. Because, let’s be honest here, that flag represents something very specific to a huge group of Americans.

The story of Keaton Jones, a kid who complained in a heartfelt way about being horribly bullied, has taken a turn for the stupid and racist. And, honestly, at this point, I’m not surprised.

This whole story couldn’t be more 2017 if it tried. Keaton got red carpet invites from Captain America to the Hulk. Meanwhile, people are rightfully pointing out that this sort of post-bullying treatment only ever happens to white kids. When it happens to black kids, they’re told to “get over it.”

This is happening during a too-close-for-sanity race between Roy Moore, an accused sexual predator, and Doug Jones, the lawyer who got KKK members convicted of murdering four little African American girls in a church bombing. Jones has won the election, but the sexual predator he has defeated refuses to concede … because, of course he does. It was the black vote that saved Alabama from itself here: a group that no one seems to care about until they need something from it.

I honestly don’t know what else to say here other that, because it’s 2017, even a heartbreaking story about a bullied kid can turn into something about race. Because America in 2017 is full to the brim with boiling hate that starts at the very top. Because there is (at last) an atmosphere where these issues can gain international attention and change can (hopefully) be made.

Because we were kidding ourselves when we thought that 2017 would be better than 2016.