Tutankhamen was an ancient obscure boy-king who sat friendless for 3,245 years. That was until one morning in 1922, when Howard Carter knocked on his door.

A sunken staircase, an undiscovered tomb, and the sarcophagus of a pharaoh who died over 3,000 years earlier. When Howard Carter made his astonishing discovery in the early 1920s, it really fired up the world’s imagination with tales of untold treasures and curses from beyond the grave. So what’s the story?

Howard Carter (1874-1939) was a gifted young draftsman and artist who first became interested in archaeology when he was 17 years old and joined an expedition to Egypt as an artist assisting an excavation. He fell in love with Egypt and over a number of years worked with, and was taught by, various archaeologists at some of Egypt’s more significant sites such as Thebes and Amarna. He was a fast learner and a dedicated worker and, when he was 25, the Egyptian government gave him the post of Inspector General of Antiquities, giving him the resources to discover a number of ancient tombs and temples.

In 1907, he was introduced to amateur Egyptologist George Herbert, Lord Carnarvon. It was a charmed meeting; Carnarvon hired Carter to head up all his Egyptian expeditions. Theirs was a productive partnership, Carnarvon providing the financial resources, Carter supplying the archaeological expertise.

Carter spent years exploring and excavating; he found a number of tombs dating from the end of the Middle Kingdom (c. 2050-1800 BCE) and a few important temples. He later focused his energies on the New Kingdom (c. 1570-1069 BCE) in the Valley of the Kings. He did extensive work on the tomb of Amenhotep III, and even though that tomb had been plundered thousands of years earlier, he managed to find a number of fragments of valuable archaeological significance. Carter was a meticulous observer with an artist’s eye, and years working at major historical sites convinced him that not only was there an undiscovered tomb just waiting to be found, but that it belonged to the boy-king Tutankhamen who died at the age of 19 in 1325 BCE. Finding Tutankhamen’s tomb became something of an obsession with him.

The tomb was a mine of information. Egyptology received a shot in the arm, and it brought a relatively obscure pharaoh into the modern consciousness.

There was a breakthrough when Carter insisted he’d located the site of the young pharaoh’s last resting place and Carnarvon received permission from the Egyptian government to excavate the site Carter specified. But it was 1914 and everything was put on hold following the outbreak of World War I. It wasn’t until 1917 that Carter was able to make a start on his work. He set about removing tons and tons of gravel and rubble, confident the sands would soon reveal the prize for which he’d long been searching.

It was slow painstaking work and years passed without results. The paucity of Carter’s finds and the mounting costs of maintaining an archaeological team led Carnarvon to announce that he would no longer fund the excavation, but Carter importuned him to give it one last shot and succeeded in securing backing for a final season. This was fortunate because in November 1922, a stone step cut into a rock was found. That step led to another and another, some twelve steps in all, ending at a sealed doorway.

Carter and his team were exhilarated to think that perhaps they had finally found the tomb of Tutankhamen. Within a couple of weeks, the door – firmly secured for the previous 3,000 years – was unsealed and Carter and Carnarvon entered an ancient tomb. They found themselves surrounded by treasure, untold wealth, some 5,000 artifacts from millennia before. Although one outer chamber of the tomb had been ransacked in ancient times, other chambers remained unplundered and intact. It was miraculous. Carter set about photographing all the items discovered in the tomb; he also sketched many of them, maintaining that it was impossible for photographs to pick up finer details. 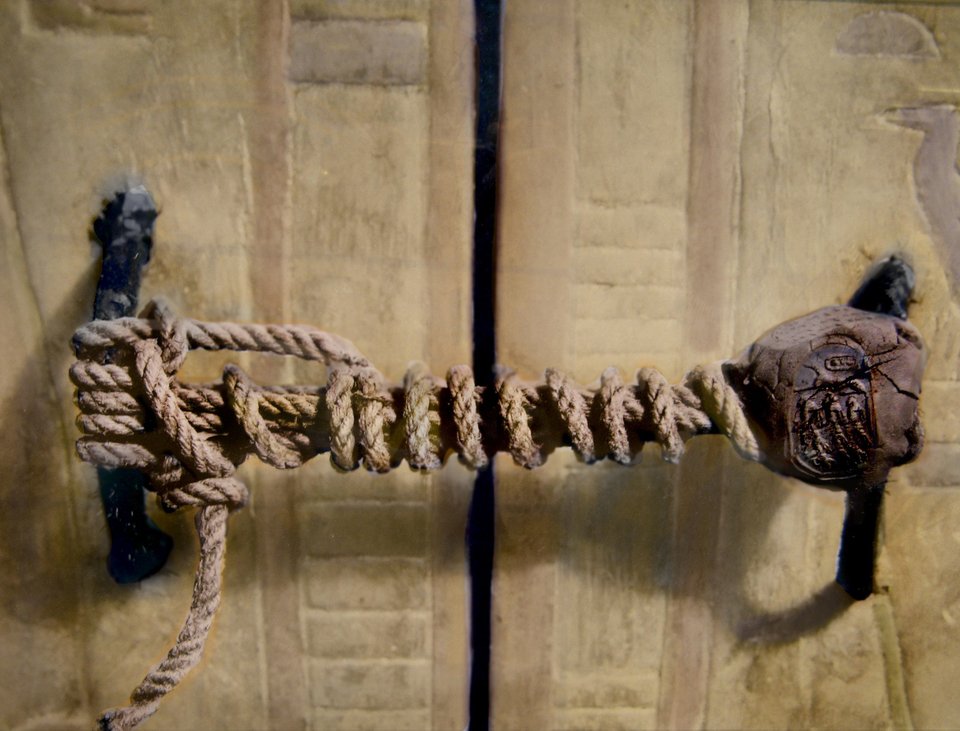 In February the following year, Carter gained access to the innermost secret chamber and looked for the first time upon the sarcophagus of Tutankhamen. The sarcophagus contained three coffins, the innermost of which was made of gold. It was that coffin that contained the mummy. This was huge news. Because the tomb was so well preserved and still contained the treasures that had been placed there upon the death of the pharaoh, it was a mine of information about the short period in which Tutankhamen ruled. The whole field of Egyptology received a shot in the arm, all due to this amazing find. And it brought a relatively obscure pharaoh into the modern consciousness.

Excavations are always slow and painstaking and this was no exception. Tutankhamen’s tomb took ten years to excavate, Carter himself supervising work at the site until 1932 when he returned to London to focus on the indoor work of collecting for museums and lecturing.

You’ve no doubt heard of the “curse of the pharaohs” sometimes called the “mummy’s curse” – that anyone who dared disturb the final resting place of an Egyptian pharaoh would pay for that desecration with his death. A silly superstition, it nevertheless garnered currency when only four months after the tomb was opened, Lord Carnarvon died in Cairo from septicaemia after a mosquito bite became infected. The press made much of the curse and when in 1925 Tutankhamen’s mummy was unwrapped and it was revealed that the dead pharaoh had a wound on his left cheek in the same spot as the mosquito bite suffered by Lord Carnarvon, the media went wild. Other deaths of people associated with the excavation were sensationalized, ensuring plenty of traction for the curse.

Howard Carter, however, didn’t die until 1939. He’d had plenty of opportunities to be on the receiving end of a curse or two, having disturbed quite a few tombs of Pharaohs over a period of almost 50 years, but he died of cancer at the age of 64.

But while the “mummy’s curse” turned out to be a non-event in reality, it guaranteed sales of horror books, and later bums on seats in cinemas when in 1932, Boris Karloff played The Mummy, terrifying audiences around the world. Since then, the curse has been a critical plot device in most, if not all, mummy fiction.

Tutankhamen himself was a minor king who ruled only a few short years, but thanks to the dogged determinism of an especially tenacious archaeologist and ongoing public fascination with his curse, his name is now among the best known of all the ancient pharaohs.