As I sat through Mark Zuckerberg’s “grilling” by the U.S. Senate, I learned something terrifying: no one knows anything.

All my digital life I’ve been told to fear the Zuckerberg. The stories are numerous, and all apparently true. When you least suspect it, he’ll appear, cornering you in a brightly-advertised alley, to beat you with a rolled-up user agreement, and sell your digital self to foreigners.

Most of my people, the original sinners of Facebook, those who wandered through the social desert wiggling free from our harmful original captors, cruel Pharaoh Tom and his MySpace, have been looking over our shoulders since. Zuckerberg has long been both our Big Brother and our Emmanuel Goldstein. His is a face we’ve seen mostly as a name, or on screen, or through the meaningless, mind-spinning figures of production. He’s not been human. He’s been something to fear as much as you admire. After all, we’ve given him complete access to our lives. So, like all orphaned children, we fear the power of the father figure we’ve never met.

After I chose to reduce the length of my life and sit watching the hissing mercury pool that was the Facebook Senate hearing, I learned something far more fearful: no one knows anything.

For those of you who missed the finer points of the five-plus hours of the hearing, here’s a quick recap: old man asks young man a question he doesn’t understand, young man tells old man that he doesn’t know.

Much blame can and should be attached by saner brains, but the salient fact is pointy. Because the questioners didn’t understand the issue, any answers that Zuckers gave were the right ones. For further reference, please dig out your dustiest VHS copy of The Jetsons Meet the Flintstones. It presents the same points, but with a much shorter running time. It was, for all intents and purposes, the Cro-Magnon attempting to articulate the impossible future, which left those watching it on Twitter filling the role of the wisecracking bird voicing their disappointment through wheezing cynicism. 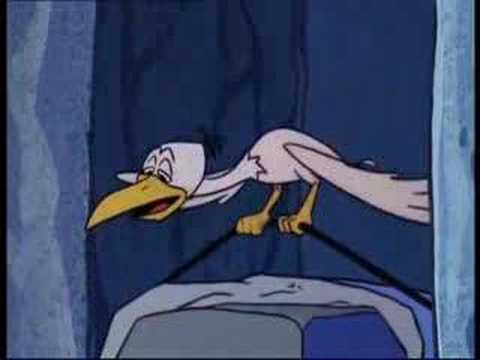 The Chairman of the hearing, 84-year old Chuck Grassley represented the Barney of this rubble. After a processing of confusion, he closed off proceedings with a ramble which traveled not the relevant digital superhighway, but instead took a Sunday drive down the streets of small-town Iowa truism, likening the opacity of data ownership to a town meeting, as some theoretical farmer posed a question about something, which began a murmuring masturbatory stroke about bi-partisanship, climaxing in the Senator erupting over the pretty face of the constitution. Moments after completion, he apologized for what he had done, asking the crowd to forgive him for wasting their ears listening to his waffle. These proceedings are now closed.

Mark Zuckerberg getting The Real Facebook Experience in listening to Sen. Chuck Grassley, an 84yo man who cannot type and is confused and upset by everything he sees, just kind of rattling on about shit.

I’m not entirely sure that Zuckerberg was being entirely honest (he wasn’t forced to take an oath), as he stated many things that the average user knew not to be true. Zuckers told the Senate that users weren’t allowed to create fake Facebook profiles, and he denied that they tailor advertising to where their users browse. Above all, Lord Mark presented himself as a bit of a dolt. Which, might be a move of true genius. In the words of Spinal Tap, there’s a fine line between clever and stupid.

Scarily, and I hope it was the effect of poorly asked questions and the application of Tap logic, but the answers given were akin to the guilty kid attempting to spin bullshit to avoid detention.

On the topic of whether Facebook kept your profile after you’ve deleted it, Mark waffled: “Um, yes. That’s the way it’s supposed to work,” quickly adding that he was “unsure of the current systems today.”

On whether any other companies had a level of access that Cambridge Analytica gained: “I’m unaware.”

On whether Facebook would be able to perform an audit to check if any of the above could be possible: “The UK government are currently checking this … we can’t access it, they can,” before waffling when pressed, “we’ll know when we get in there.”

Whether he deliberately picked one side of that line is up for debate.

Nevertheless, I was struck by the very human face and very stilted voice of our digital demigod. Too long had we trembled at the fury of the great and powerful Wizard of Oz, but in reality, he’s a nervous weedy man burned by the light of a revealed curtain, propped up to our eye level by a booster seat.

i dont understand. Why is Zuckerberg using a booster seat. Does this man want to be owned pic.twitter.com/o4cr5y6A8Y

Which scared me more than anything else.

Not the Russians, not the early onset dementia of the Senate, not that Mark is a digital human trafficker. No. I feared the reflected fear I saw. You see, and this is probably my own naivete, but I believe that every terrible leader must be in possession of their creation. The evils they aim, or we suspect them to aim, do so with malice of forethought. In Zuckers, I believed this to be absolutely true. Yes, he owns our digital selves, and I’d be okay with that, if. If he lived in a volcano base and tortured sexist espionage dinosaurs to pass the time on the way to world domination, I’d be fine with that. As long as there’s a plan.

However, the uncertain eyes of the man I feared, turned my insides to ice. You could tell that he fears what he’s created. He’s the millennial J. Robert Oppenheimer. Like Opps, Zucks created something wondrously powerful, harnessing the pure power that the universe produces for the greater good, but that power has quickly wriggled free of his grasp. Oppenheimer dealt in atoms, Zuckerberg deals in data. Both are tiny fragmental enablers that no one really understands, and both are forces of subjectivity, to be used for good, but also evil.

Whether he knows what he’s doing, is immaterial. What we have here, is a force none of us is really prepared to deal with. With Zuckerberg set to face another hearing, one can only hope that the questions may give us the answers we seek.

That, or perhaps lopping off the head of the creator will not slay the beast. Perhaps the thing to fear is not Zuckerberg, but what has evolved from his original design. Perhaps all these hearings and all the pointy and blunt questions in the world will not skewer the hide of his digital Godzilla. Perhaps Tokyo is already beyond saving. Perhaps it’s already too late.

As James Branch Cabell famously wrote in his book The Silver Stallion (and whose quote is often misattributed to Oppenheimer): “The optimist proclaims that we live in the best of all possible worlds; and the pessimist fears this is true.”

See you in the bomb shelter.

Nero and the New Normal

Life Is a Sweet, Tender Bruise XXXIV: Starting Something New