Well, it’s official. We’re all bloody awful. As it turns out, the engagement ring reflects how shallow we all really are. But that’s science saying it, not us.

Ego is a dangerous thing. I know this, because I’m hung like a train. I’m also unmarried, so I can view the entirety of the marriage industry with objective honesty. It’s a load of fronting tosh. It’s ostensibly that dance that male peacocks do to attract a mate, but for the benefit of every other animal in the forest.

The nightmare of the “dream wedding” is a serious societal construct, one where young couples put a price tag on their love and welcome a serious amount of debt to prove that it is a sound investment. Don’t get me wrong, but I don’t want to have one ever. I can’t afford it.

However, before we get to the big day, there’s another chance for fiduciary crisis wrapped in a glittering blanket of smug. According to a new study from Western Oregon University, we’re all awful and the engagement ring is a shining example of that.

After cornering 590 of their countrymen in a room, the researchers discovered that “few material goods entail as high a cost and carry as little practical value as an engagement ring.” Well, yeah, but they also stumbled upon another, rather more hideous truth: men were more likely to buy an expensive ring for a more attractive woman, while a woman is more likely to choose an expensive ring if her partner is a less attractive man.

I’m not sure exactly what the point of an engagement ring is, unless it possesses the same quality as a funhouse mirror in that if you look at your goblin partner through it they’re suddenly Brad Pitt in everything (except life).

In the study, the subjects were supplied with a photo and a little bit of information about a person of the opposite sex. Women had to select the smallest rings they could settle for if given by the presented men. A male participant had to choose how big of a ring he would get for the girlfriend he had to imagine.

Just in case you’re not sufficiently insulted, here’s a sample photo from the test so you can pass your own slanted judgement. 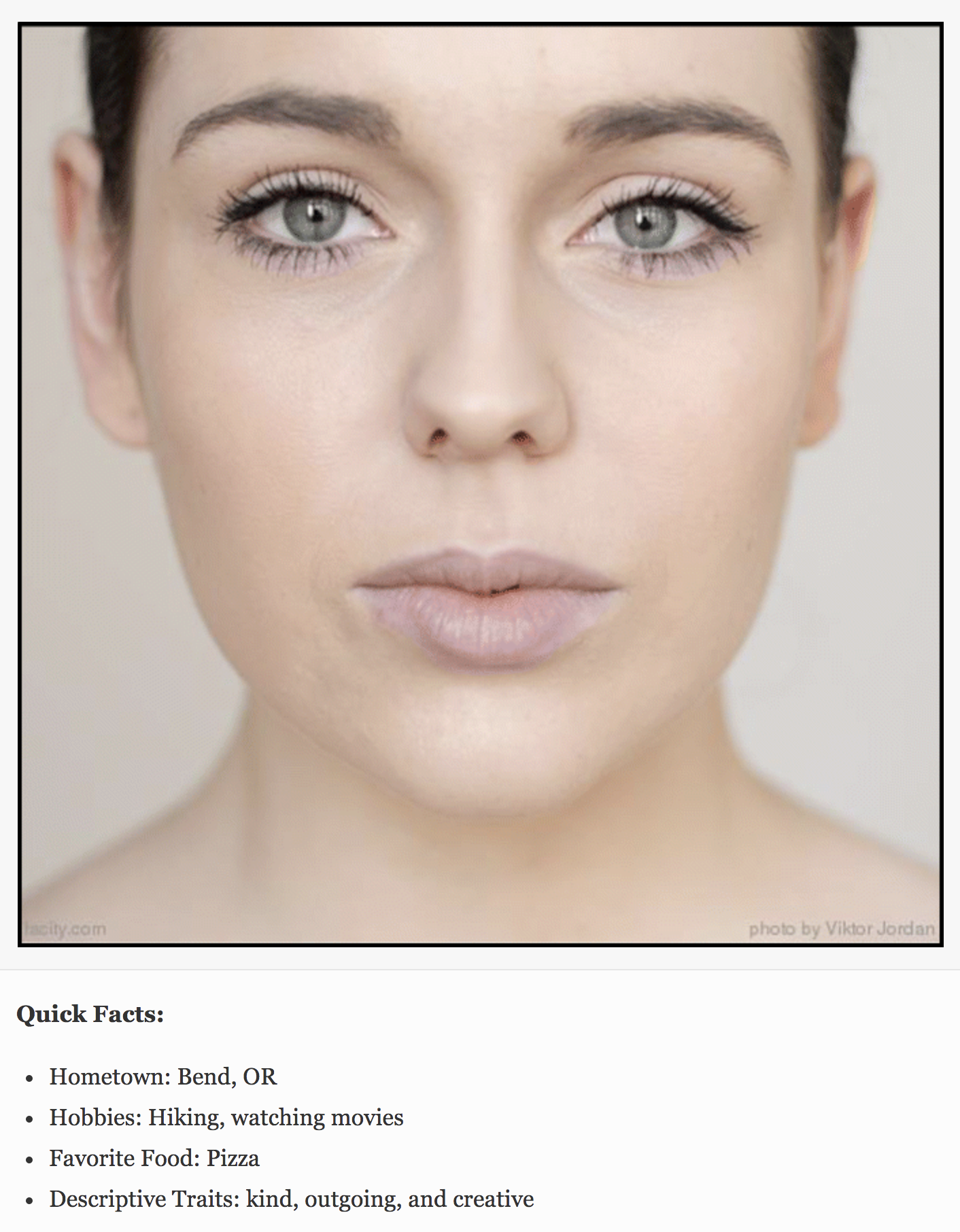 Cue the awful, awful results. Call me a rank traditionalist, but what happened to love in the vintage sense? You know, when the amount of love you had for that person wasn’t the size of the rock on their finger, but rather the number of goats you scored in the dowry.