Trump’s nonsense since Helsinki has revealed an obvious truth. Vince McMahon is running the administration, and I know what’s coming next. Bah Gawd!

The last several days of the Trump administration have been beyond stupid. Which, if you pause to think about it, is no mean feat. Trump’s Helsinki waffling has torched everything else in memory as he has oscillated between admitting treason, admitting that he couldn’t speak English, and admitting that the Russians did have something to do with the 2016 election.

This kind of rudderless tat is new. Usually, Trump sticks to his moronic guns, sputtering the same caliber of nonsense until he runs out of ammunition. The stubborn Tangerine Yosemite Sam is the Trump we’re used to seeing.

Whereas, this is different. It’s a character shift so disparate, a move so bereft of logic that, in our confusion, we’re looking for the guy who is actually controlling him.

I think it’s this bloke: 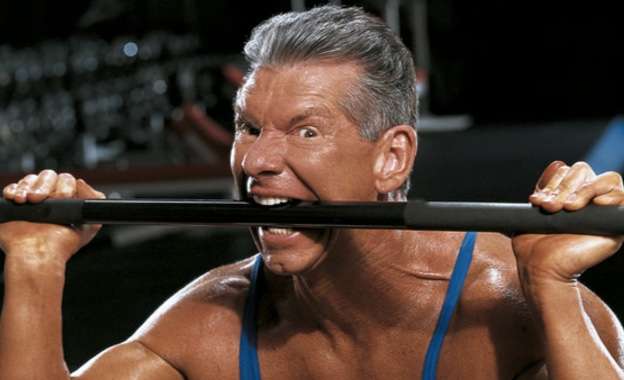 That, of course, is America’s other nonsense plutocrat, Vincent Kennedy McMahon. As the solitary head of the WWE, he’s been able to run his own narrative above the reach of logical criticism. His policy platform is one that we all get: greed, sex, payback, and schadenfreude. In the years of his tenure, this has taken the form of him publicly sexually harassing all of his female staff and forcing his drugged wife to watch, refusing to love his half-son (who was a leprechaun midget), sexualizing his own daughter, and even fighting God (and winning).

Doing the maths, I believe The Vince has been the mind behind the Presidency of Donald since day dot. You can tell because the storylines have just been recycled. Melania Trump has had to quietly watch while Donald has openly invaded the mouth of the proto-unrealistic blonde in Stormy Daniels. Donald has roundly ignored his midget progeny Donald Junior while elevating Ivanka (perhaps in his lap) and he’s defeated the word of the lord by throwing his flock into padlocked cages. Love Thy Neighbor, sure, but only within steel chair range. Bah, Gawd!

More than everything else, the fuel that powers Dr. Vinnie’s nonsense machine is sudden, unexpected betrayal. Or, to put it simply, turning the good guys bad, and then having a good guy miraculously emerge to kick said bad guy in the dick forever. The crowd goes wild, we go home smiling.

Which brings me back to Helsinki. The Russian versus United States squabble is as old as Rocky IV. The lines are forever drawn and ne’er shall they be smudged. It has always been a clash of a slurring American hero and a fearful machine-like Russian stereotype. That’s basic geopolitics.

What makes this a McMahon storyline is the addition of needless drama. By having Trump ally with the mega-enemy, it opens the stage for the surprise return of a true hero. The one we want, the one we’ve been told isn’t coming back.

Just wait for the glass to break.