Well, it’s official. Those who are looking to ride the back of the “like” to a life of wealth and fame are wasting their time. Sorry.

Imagine a popular social media channel that did not display the number of “likes,” mentions, impressions, followers, engagements, or any other metric to show how many times one’s content has been viewed, by whom and when.

A flourishing “how-to” industry has arisen dedicated to increasing “counts” on social media, while also claiming this is the silver bullet to becoming more popular, rich, and famous.

You can purchase the services of click-farms to artificially increase your like-counters. This potentially increases your content’s chances of being cross-syndicated, appearing higher up in newsfeeds, and possibly meaning the ability to convert “online social wealth” into material wealth.

In other cases, approbation markers such as likes can be used to generate popularity or condemnation of a group, politician, or policy through the artful use of bots and astroturfing. For example, the work of the Russia-based Internet Research Agency has been implicated for swaying public opinion and altering the results of the 2016 U.S. presidential election.

The increasing concern over the spread of fake news and alleged political interference waged in sophisticated campaigns are examples that may come readily to mind, but the danger also includes the efforts of more local coordinated campaigns by political action groups to flood, troll, and overwhelm the newsfeeds of popular social media using invite-only Twitter rooms.

When social sharing buttons and counters were introduced on popular social media platforms over a decade ago, it could be said that it changed the character of social media. It also changed the motives for engaging with it.

Seeing numbers rise seems somewhat hardwired into us now and provides incentive to contribute, and to contribute often, for the promise of this token digital reward. We spend long hours on these sites seeking to drive up numbers that are largely devoid of any context or direct transferable value.

Somehow, we feel we will be magically validated for posting more of the extraordinary (and mundane) moments of our lives. 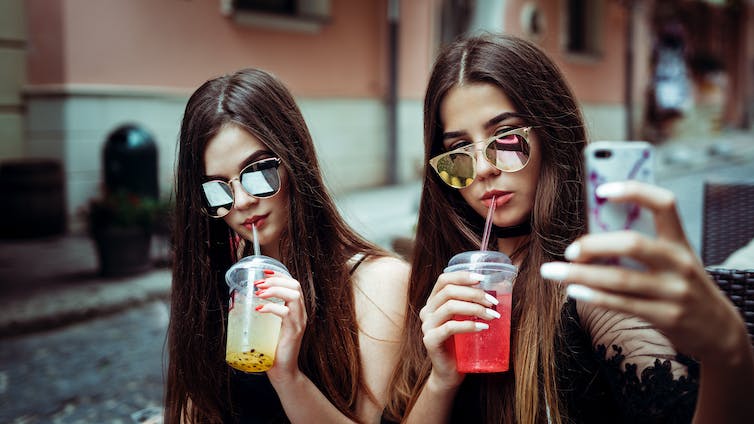 (Getting online “likes” is a competition that may lead nowhere – Elijah O’Donell/Unsplash, CC BY)

What is troubling is that this ruthless behavior to get more likes seems to undermine the social aspect of social media. Instead of truly being social, we are making it more of a competitive endeavor to accumulate more likes.

Measuring the value of other human beings on the basis of how high their “score” is on social media seems less social and more like trying to “win” at social media in ways that resemble market capitalism.

Indeed, the main beneficiaries of our addictive and competitive behavior are the social media companies who get more eyeballs on ads.

One can imagine the absurdity of the situation if we applied the idea of likes to our offline social interactions where we would engage in a strange kind of jockeying for social points among our friends and family. But competitive behavior has a very long precedent in terms of accumulating wealth in any of its forms (material or otherwise).

As human beings, we do engage in competitive games in a social context. From board games, sports, and online gaming. For those of us old enough to remember pinball machines at the arcade, there might have been a fleeting sense of satisfaction in earning the top score. But these were localized; today, with the ubiquity of social media and the proliferation of global leader boards on multiplayer games, even the social succumbs to ruthless competition. 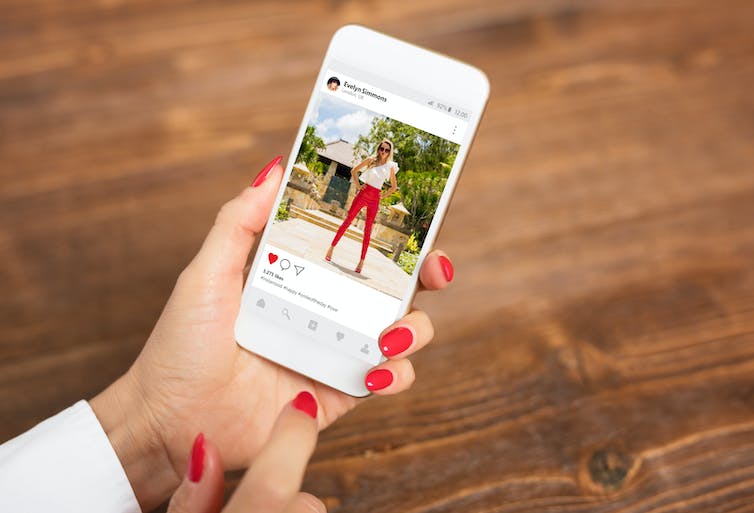 The obsessive competitive drive in accumulating ever higher scores on social media via counters seems to deviate from all the extolled virtues of social media as a tool for connectivity, deepening relationships, transcending geographical barriers, or organizing and mobilizing on the basis of speaking truth to power.

Although examples of these virtues are still evident on social media, we ought to call into question the value of these social metrics. Instead of a global village, as Marshall McLuhan prophesied, we are presented with a digital Potemkin village, a constructed sham, where sharing and being social is secondary to numerical proof of social interactions.

For younger generations who have grown up with web 2.0 social media, such status-chasing and social validation behaviors reduced to numerical outputs might be of concern. This model sets up situations for creating an easy tabulation of winners and losers. 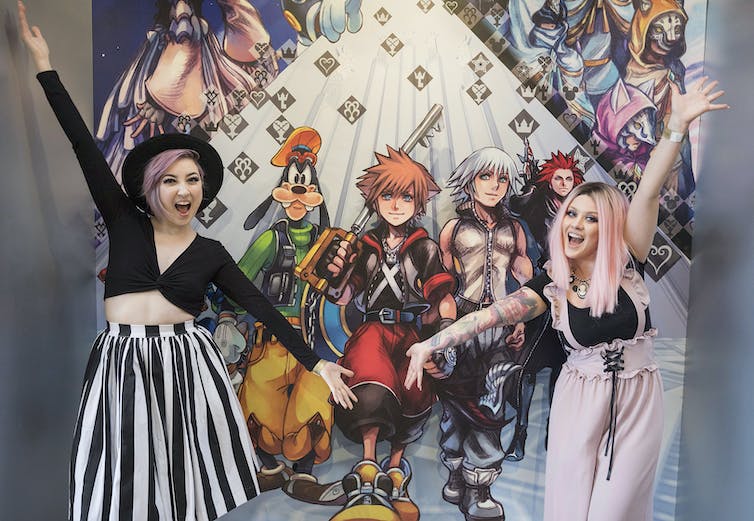 (Some social media influencers have been able to monetize their influence: Instagram influencer Kelly Eden and friend pose at the Kingdom Hearts III premiere on Friday, May 18, 2018, in Santa Monica, California – Colin Young-Wolff for Square Inix/AP)

Cue the more acute instances of self-esteem collapse, the pressure to sexualize the self in images to garner more attention and other risk-taking behaviors. The race to share also highlights widening class divisions as those without the means to go on lavish vacations or purchase and display luxury products are made to feel of lesser value.

In this way, we have found a convenient, visible, automated means of evaluating other humans.

Before social media, a person of means may have wished to flaunt their “value” through conspicuous consumption: being seen driving an expensive vehicle, going about town in designer clothing, having their name appear in the society pages. Now, all who have online access can compete in these games of numerical value and can receive near-instant gratification for their efforts. Social media counters have regrettably “democratized” status-chasing competition. 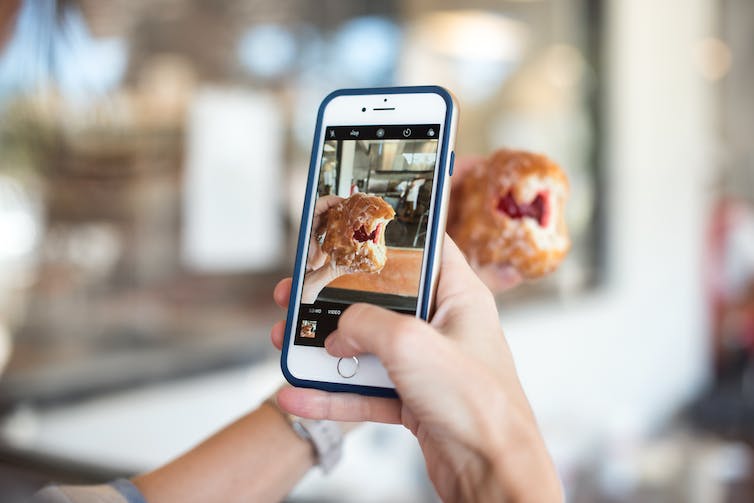 (Can we convert our likes into mortgage payments? Or a job? – Callie Morgan/Unsplash)

One might ask what exactly it is that we are accumulating, why, and for what purpose? Some savvy social media users are able to leverage their enormous follower counts to become online celebrities and make a living (for a time). Yet, what of others who do not have such aspirations?

Do they consider their informative post on their poetic reflections on a warm spring day of lesser value if it does not garner a certain number of likes? Can we take our numbers of followers, retweets, and likes to the bank as security on a mortgage? Can we convert likes into some form of currency? Before we say, “That is absurd!”, there are sites that actually do peg a dollar value on a like, or tell us the monetary value of an account.

Is this a form of “video game” capitalism? Not quite, as there is no reliable way of converting “like” capital into, say, more equipment or software (fixed capital). It is, at bottom, primitive accumulation. It may not, in itself, be meaningful any more than—as the late economist Thorstein Veblen pointed out—buying silver rather than steel spoons.

Let’s use an absurd example to illustrate the point. If I get 10,000 upvotes on a piece of content, what does that say about the content? Not much, at least any more than me saving kittens from a burning house will mean 10,000 people will hop on one foot for 76.4 seconds. There is simply not much substantial connection between the two events.

Pity instead those whose jobs require them to boost those metrics for a business, political party, or political candidate. They have no choice but to employ tactics designed to increase apparent engagement. While those of us not under such conditions have the luxury of ignoring or turning up our noses at such pursuits, others may find this to be one of the key duties of their job.

Human beings will always find some means to evaluate and judge one another, be it in terms of wealth, education, power, or ability. However, the steady conversion of social media into an eerie parallel of a market economy is concerning, perhaps drawing us further away from what may have been intended by users to be a truly open, global social space.