With yet more time tacked onto Paul Manafort’s sentence, it’s best we look at who he represented in the past – to gauge a measure of the man.

In 1992, the Center for Public Integrity released a report detailing how nations have long, verifiable records of serious human rights abuses paying Washington lobbyists to press Congress for financial aid. By “serious human rights abuses,” I mean everything from intimidation of political opponents, to political imprisonment, to physical and mental torture, to systematic rape as a strategy, to extrajudicial murder. The CPI report was titled “The Torturer’s Lobby.” The firm of Black, Manafort, Stone, and Kelly (BMSK) features heavily in that report.

Jonas Savimbi, whose guerrilla army forcibly “recruited” child soldiers, forced women and girls into sexual slavery, killed and mutilated tens of thousands, and whose indiscriminate use of landmines created “one of the largest amputee populations in the world.”

Mobutu Sese Seko, whose brutal authoritarian rule “became notorious for corruption, nepotism, and the embezzlement of between US$4 billion and $15 billion during his reign.” Before executing one of his rivals, Sese Seko had his eyes gouged out, his genitals torn off, and his limbs cut off one by one.

Ferdinand Marcos, who in addition to illegally amassing a fortune of between US$5 and $10 billion dollars, abducted and imprisoned somewhere between 70,000 to 120,000 people, tortured at least 35,000 people, and murdered more than 3,500. One report listed nineteen different types of physical torture used by Marcos’ forces, four types of sexual torture, and five types of emotional torture (one of which was described as “government units mutilating, cooking, and eating the flesh of victims in front of their family and friends to sow terror”).

Sani Abacha, whose security forces, according to the U.S. State Department, routinely “tortured prisoners with whippings, suspension by the limbs from the ceiling, burning with candles, and extraction of teeth.”

Manafort’s foreign client list gradually became more sophisticated, but no less corrupt, cruel, and malevolent. He found work with Putin-friendly clients in former Soviet nations who were less bloodthirsty, but equally cold-blooded. At the same time, BMSK worked for U.S. entities (like the Tobacco Institute) and were deeply involved in Republican politics. The BMSK business model was based on the notion that anyone seeking to get and keep power ought to have a lobbyist. Corporations, African warlords, special-interest groups, regional strongmen—if they had a lot of money, Manafort would work for them.

By 2005, Manafort had winnowed his client list down to essentially one client: Viktor Yanukovych, the president of Ukraine. There was none of that ugly mutilation or gross torture with Yanukovych; if he needed an opponent dead, a little dioxin would do the job without all the fuss. Manafort was able to construct a shadow government within the Yanukovych regime; he had intelligence assets in just about every governmental agency. Unfortunately for Manafort, the citizens of Ukraine grew weary with the scale of the corruption and, in 2014, Yanukovych had to flee for his life. The money soon dried up.

Manafort desperately needed a new client—preferably one who was open to the idea of shady business transactions. Comrade Trump, who had his own Russian connections, needed a campaign manager. Bingo. It’s no coincidence that once Manafort joined the Trump campaign, the GOP platform on support for Ukraine changed. 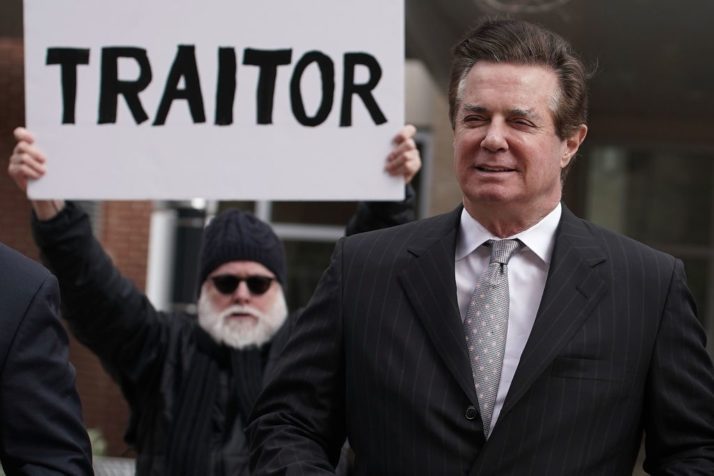 Let me say it again: Paul Manafort has spent his life working for the worst people in the world, and he got rich doing it. He may not have personally tortured anybody or raped anybody or mutilated anybody or kidnapped anybody or murdered anybody, but he willingly, knowingly, and effectively worked for people who did.

There’s a lot of blamelessness going on in the world. It just isn’t evenly distributed.