According to one UK study, more than a quarter of people over age 65 play video games regularly. Being old myself, I can confirm.

As we come to understand, the odd of today is tomorrow’s commonplace. There are many examples of this, but I’d rather focus on one. The concept of video games being a tool for people beyond children still somehow bristles us, and still powers the fingers of older generations to form sentences to belittle our youth, those that don’t go outside, or return home when the street lamps are lit. Not like the old days.

Well, let me tell you, all that is hooey. While the date on my driver’s license suggests that I am part of the anti-video game generation, nah. There’s a bit of a qualifier, I was a card-carrying Luddite for the longest time, the evolution from typewriter to computer in the workplace was something that almost saw me tender my resignation, however, the benefit of age is realizing that you’ve been a bit of an idiot through the powers of assumption.

I won’t bore you with my subjective experience, but gaming has been a regular part of my later life. You see, as social contact dwindles, your interests tend to evolve. Perhaps in the old days, you’d find yourself at the Rotary Club or, worse, in the baking tray of criticism that is the Country Women’s Association. I gave up tap dancing because of the drama, and I replaced it with something better. The Fallout universe. At least there you can solve inter-personal problems with a baseball bat sans repercussion. 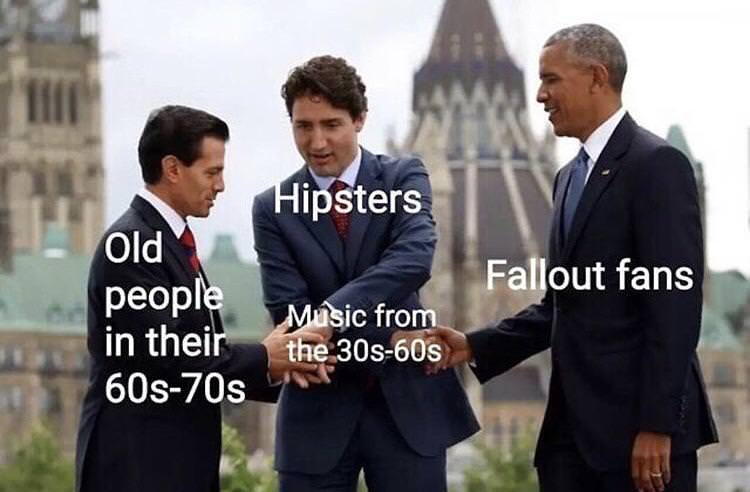 According to a survey in the UK, 42% of 55-64-year-olds are gamers, while 27% of over-65s hold the same hobby. Clearly, we’re of the generation that saw the rise of gaming, but distanced ourselves from it. As for why, who cares. We need to catch up, and I don’t think we should be ashamed of that or be shamed for it. Any of you have a problem with that, to use the parlance of today: 1v1 me, bro.

Just kidding. Although, I do feel a certain degree of regret over the future that I won’t be around to see, as the retirement homes of my grandson’s generation will host some serious gaming sessions.

In the meantime, sling me an invite.