“Geocaching” is the odd leisure pursuit where one uses GPS to discover hidden junk. It sometimes results in a police distress call, but it always ends up in a pub.

I started geocaching last April, and let me just start by saying flat out that geocaching is pointless and sort of stupid.

Geocaching is described as an “outdoor recreational activity,” which makes it sound incredibly dorky. Basically, geocaching involves using a GPS-enabled device to locate a container hidden somewhere in the world. 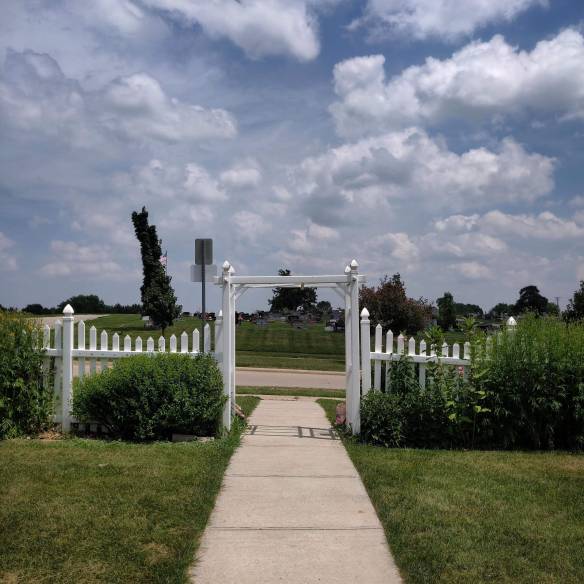 That’s basically it. You may be wondering why you’d want to use GPS to locate a hidden container, especially if it’s pointless, sort of stupid, and dorky. That’s a perfectly valid question. It has a lot of answers, most of which can be boiled down to what I said earlier: it’s fun to find hidden things. Think of it as a treasure hunt. Only without the treasure.

Nobody goes geocaching with the idea of finding anything more valuable than the fun of finding it. 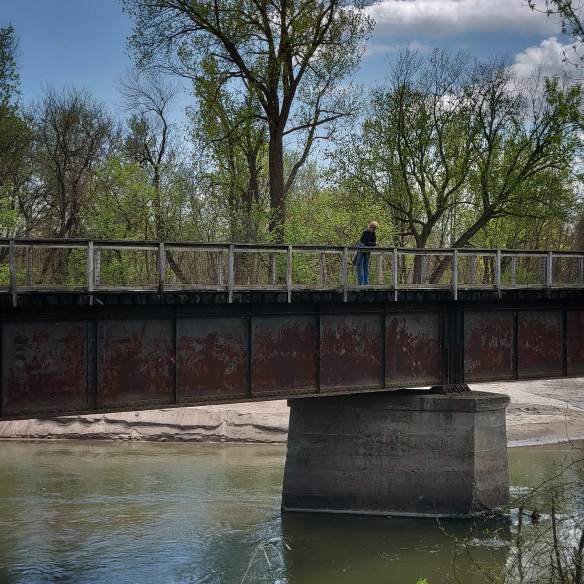 There’s one under this bridge.

So, how does it work? You download an app, of course. That’s how everything is done these days. The app shows you the general location of caches and gives you some idea of what to look for — the approximate size of the container (most range in size from an ammo box to a teensy tube no larger than the tip of your finger), the difficulty of the terrain (on a scale of 1-5), the difficulty of finding it (again, 1-5), and maybe a hint. Maybe. The app will usually get you to within 10-15 feet of the cache. 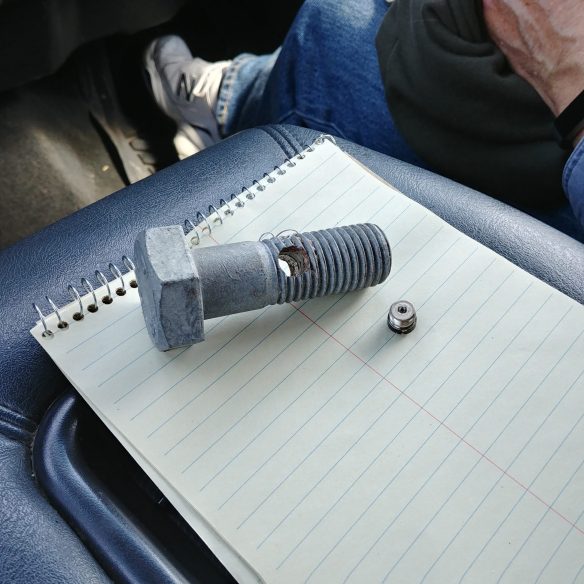 The thing is, you never know. The cache might be out in the open or it might be cleverly disguised. You let the app get you close, then you just start looking. The only thing you expect to find in a cache is a logbook — which is often just a rolled-up piece of paper. You sign the log, date it, put it back in the cache, put the cache back where you found it, and … well, that’s it. That’s the whole enchilada. Oh, except for this: don’t let anybody see you doing it.

Folks not involved in geocaching are referred to as “muggles” — and yeah, the term was snitched from Harry Potter. As in the PotterVerse, you’re not supposed to let muggles see you engaged in that thing you’re doing. Partly because muggles will, out of innocent curiosity or malevolent intent, fuck with a cache. They might take it, move it, destroy it, throw it away. Or worse — they might call the police. 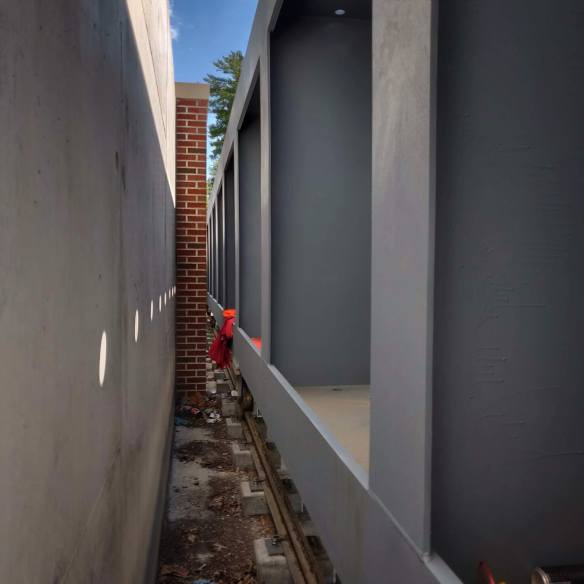 And one hidden here behind a flood control barrier, though we never found it.

And who could blame them? If you see somebody sidle up to a light pole in your supermarket parking lot, lift the cover of the base, and remove or insert an object of some sort, you’d probably be suspicious. A couple of guys skulking around the flood control barriers looks dodgy as fuck. They could be hiding drugs or planting an IED or cheerfully murdering homeless folks. In Wetherby, England, a waitress saw a man behaving suspiciously outside the restaurant.

“He appeared to have a small plastic box in his hand and after fiddling with the container he bent down and hid it under a flower box standing on the pavement. He then walked off, talking to somebody on his phone.”

She called the police, the police called the Army, the Army sent in the bomb squad with a robot to conduct a controlled explosion. There has been at least five geocaching bomb scares in the last few years. So, yeah, when geocaching in urban/suburban areas, you need to be somewhat discreet.