Fast food, for the most part, is garbage. However, there is always room for bad to get worse, as the following options attest.

As the great American documentarian Ken Burns once said, “The genius of our country is improvisation.”

Admittedly he was talking about Jazz, but America’s great subversion of the accepted format has long escaped the bars of music and entered the restaurants of your town.

So, consider the following a quick trip into the realms of more questionable foodstuffs, in no particular order (just hopefully not yours).

On the surface, there’s nothing particularly odd about two pop tarts separated by some ice cream. It’s something the average person would concoct at 2:00 a.m. whilst high/drunk/heartbroken. It was trialed in the Newport, California, branch of Carl’s Jr. in 2013, before disappearing off the face of the Earth. 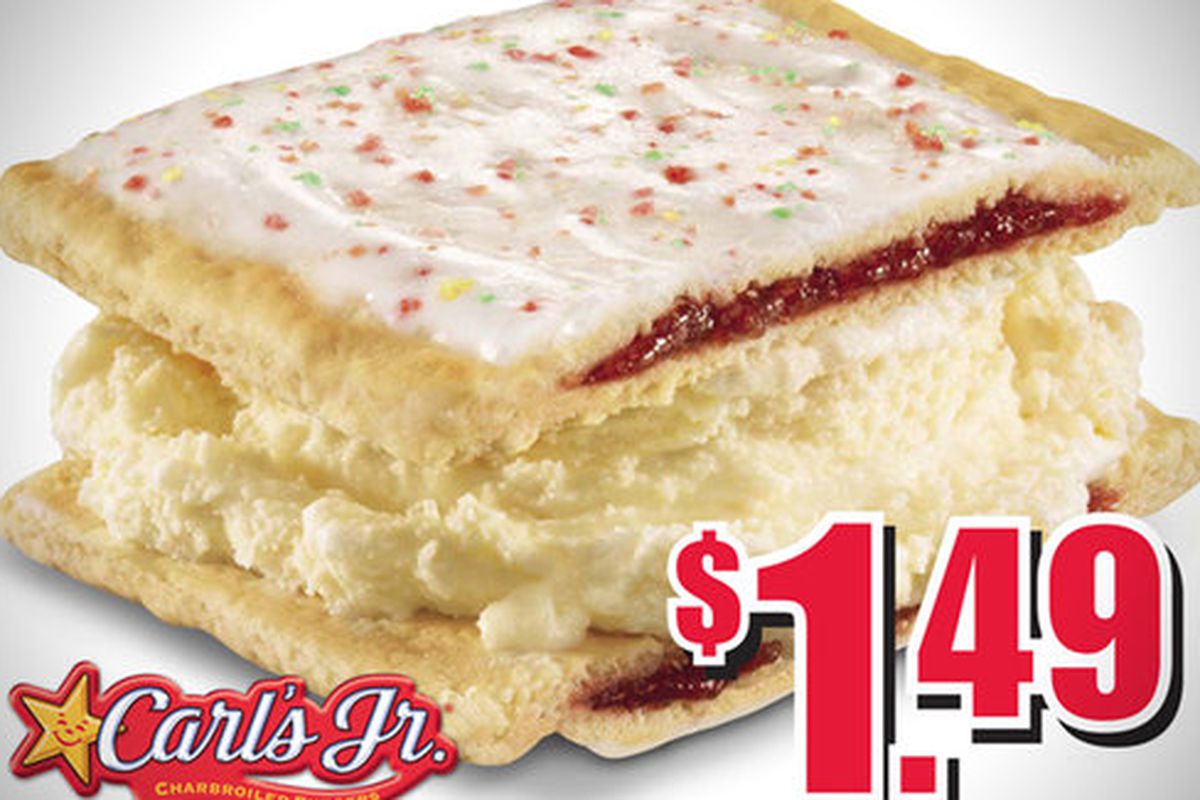 It wasn’t considered for the proper menu, and sadly, is now bait for YouTubers. Still, $1.49. Small change and your left foot. A fair trade.

Strangely, this American beast is found wandering the plains of continental Europe. As Eater put it: “Burger King, not satisfied with burgers that add patties vertically, is introducing the three-patty X-Tra Long burger in Austria and the Netherlands. A Chili Cheese variety has been available in Germany for some time now, but the expansion includes the addition of a new Rodeo BBQ flavor that features onion rings, cheese, and barbecue sauce.

“It seems there is also an American Extra Long Chicken Burger available in various parts of Asia (China, Thailand), as well as the Malaysian XTra Long Cheese Supreme, which contains burgers, A1 steak sauce, mayonnaise, and cheese. Below, a couple commercials for the German original, which Google Translate tells us says ‘see them now taste buds for Eroticism.’” 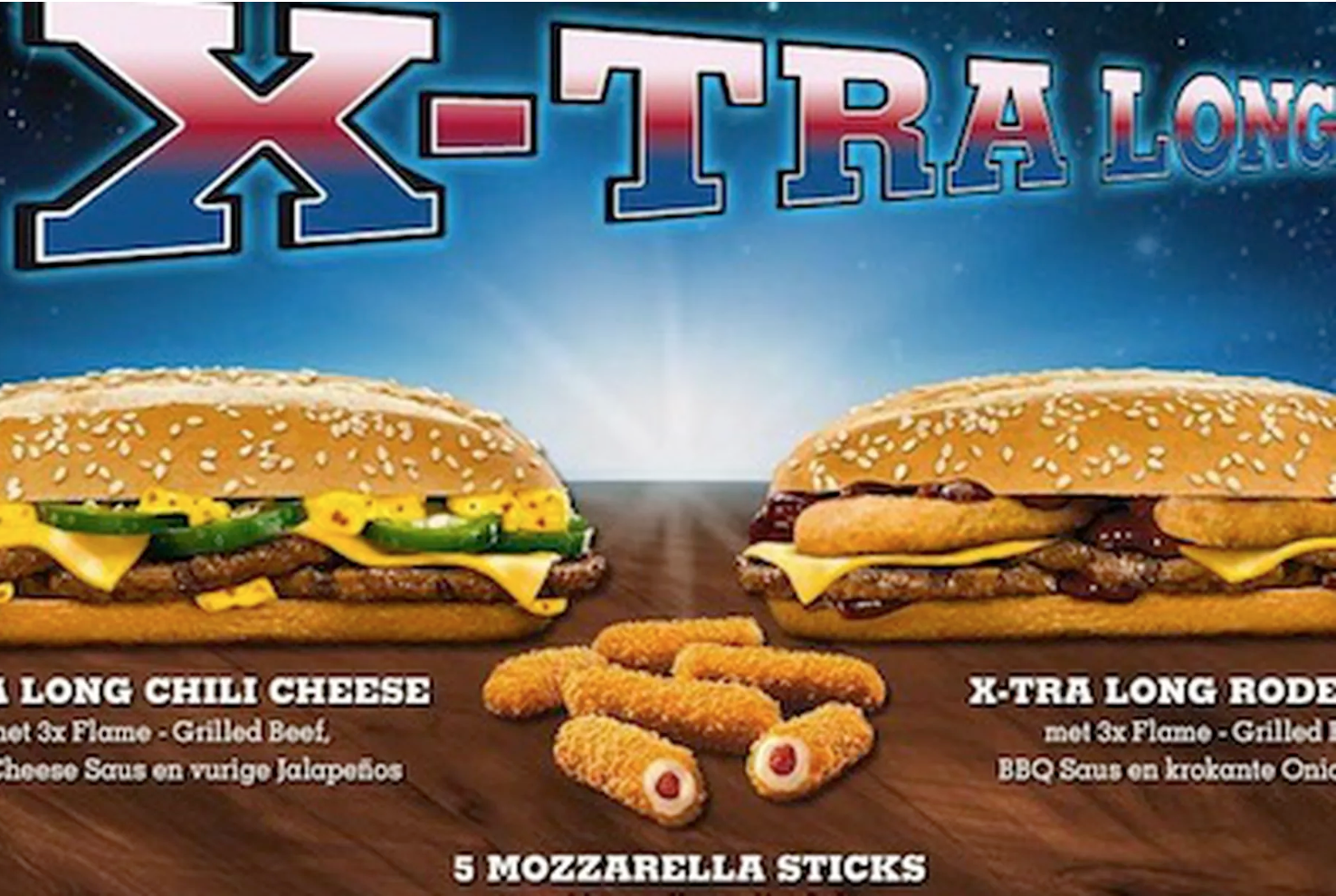 Damn, Europe. What the hell happened to you? 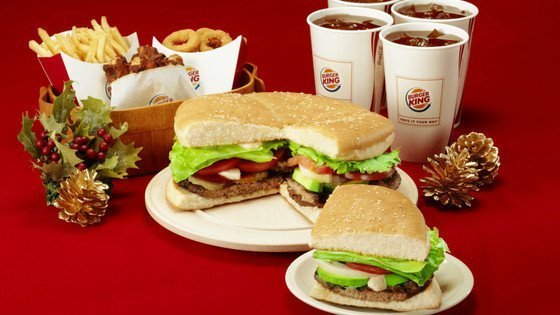 Right. It is ostensibly what it says on the tin/greasy packet, with that great American invention (Mac ’n’ Cheese) covered with another (a deep-fried batter), created by another, Colonel Harlan Sanders. 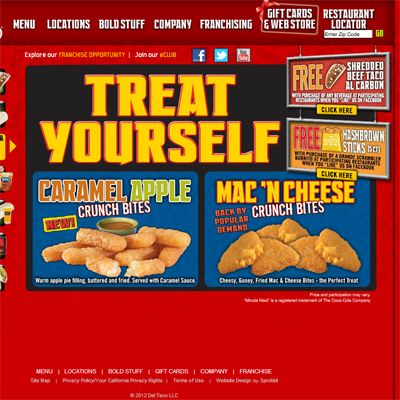 Sadly, the fine people of the Philippines are the victim of this “fusion”, The Huffington Post reports that the bite-sized bundles are breaded and fried on the outside, and have a creamy, cheese-laced macaroni on the inside. They come five to an order and cost 49 Philippine Pesos, roughly a dollar. 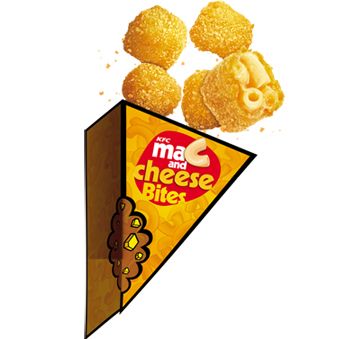 All Empires of note experience this. The swift fall from power, and the desperate attempts to hold onto it. The Byzantines experienced it, the Romans experienced it, and Pizza Hut is experiencing it. The grand old man of delivered Pizza is well beyond saving, and deep into doughy dementia, as its modern menu ideas are quite …questionable shall we say?

Below, found in the Middle East are the Kit Kat Pops, which are the aforementioned chocolate bars baked in pizza dough.

Tumblr sampled the dessert in the summer of 2012 and left not a score, but a question: Who comes up with these ideas at Pizza Hut Middle East? 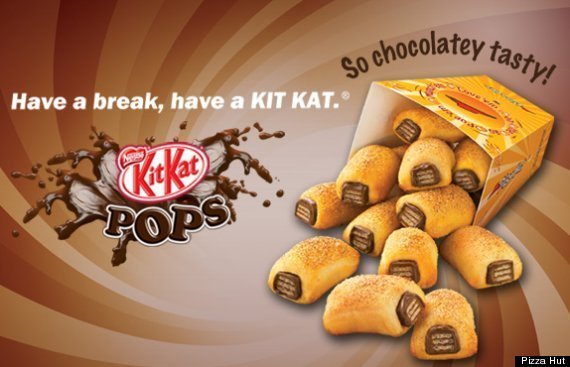 I mean, if that doesn’t float your gulet, there’s always this:

Burger King are repeat offenders in this list, perhaps proving that Feudalism is dead, even in restaurant form. 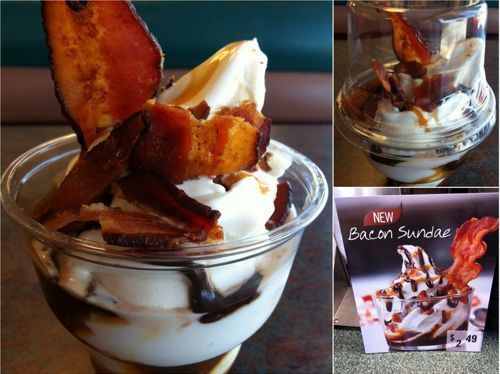 There’s only one review that exists on the internet, etched by a mysterious figure named Ryan who nobly took this bullet for us in 2012. He wrote: “BK Bacon Sundae was everything that I had hoped it would be, and nothing that I had feared:  the bacon stayed crispy throughout, and its smokiness and saltiness powered through even when there was a lot of chocolate and caramel on the spoon.  It had the crispy-crunchiness and the ever-so-slight burned flavor that bacon gets as soon as it crosses the border into well-done – but in this application, I believe that is exactly where it needed to be.  Even on a few of the pieces that looked fattier than some of the others, there was no awkward chewiness or off-tasting flavor of un-rendered pork fat. I am pleasantly surprised to get to say that it is definitely something I would order again – and I’ll encourage the nice lady at the BK front counter to do the same.”

He gave it a score of eight out of ten. It is not known if he survived the ordeal.