The White House confirmed the legitimacy of a letter from Trump containing childish name-calling and desperate threats directed at Erdoğan after he invaded Syria.

The words above belong to a sensational letter penned by Donald Trump to Recep Tayyip Erdoğan, upon the latter’s march into Syria. In it, Donald states that he doesn’t “want to be responsible for destroying the Turkish economy—and I will,” before descending into childish name-calling and nicely asking Erdoğan to slaughter the Kurdish people “in a right and humane way.” 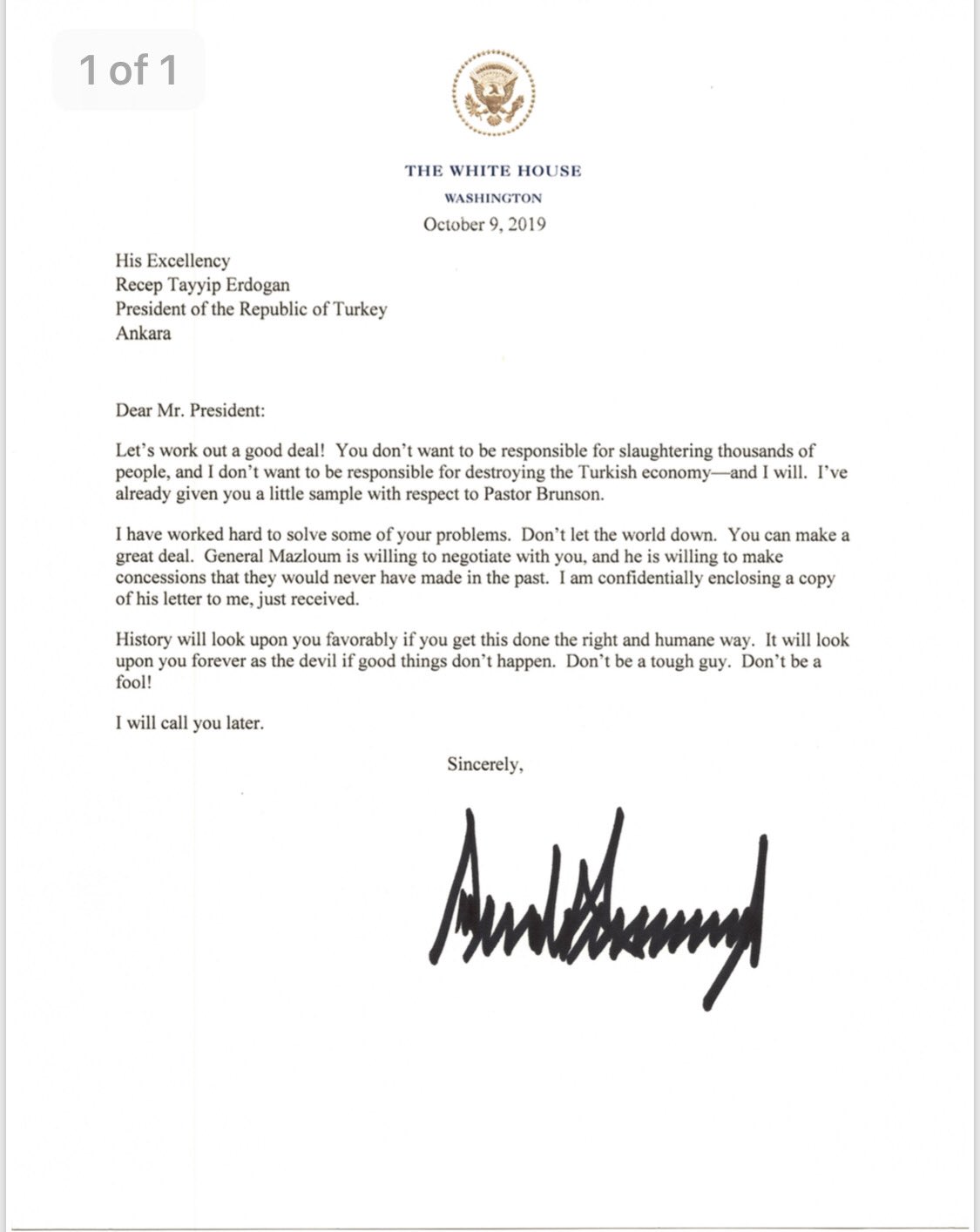 Hideously, it offers the world a glimpse into the inner-workings of Donald’s brain. As the chief of the world police, this is him at peak saber-rattling. It comes across as an elementary schooler asking his bully not to beat him up after school, because it’s not the nice thing to do, please.