We sat down with Danniel Jacques, the founder and CEO of MediWise, makers of OSMO Patch – a revolutionary new treatment for Baker’s Cysts and Bursitis.

While you’re fully qualified in medical science now, this isn’t something that was always destined to be, was it?

Actually, I feel that this was always my destiny … I just wasn’t aware of it until later. It is true that my early career showed no signs of leading me into the world of scientific research! In fact, after completing high school, I enrolled in an Actuarial Studies degree.

A year into it, I decided to leave university to pursue business opportunities with my brother. We co-founded a business manufacturing leather garments, for retail and corporate as well as film and TV. We won several licensing rights, including for the Sydney 2000 Olympic Logo and the Wallabies. I learned about business, product development, manufacturing and quality control, retail and marketing, and, importantly, what it took to lead and grow a profitable business in a very competitive space.

That all changed in 2001 after my mother was diagnosed with inoperable cancer.

I take it, then, that this was the life event that inspired you to pursue a career in medical research?

It certainly gave me clarity; I wanted to go back to university to do medical research, particularly wanting to research cancer and with the hope of exploring treatment options. My mother chose not to undergo any form of treatment since there were none available that would have saved her life. She had also witnessed many friends suffer as a result of these procedures.

She unfortunately passed away just one year into my three-year degree, but I knew I had to keep pursuing my path of medical science.

Had you ever seen yourself as being the “CEO type?”

When I first started in the business, I never really considered myself as a CEO. When you have a small business, you wear many hats. You’re the admin guy and you need to answer phone calls and emails, you’re also the warehouse guy and you need to pack and dispatch orders, you’re certainly the sales and marketing guy, and likely the IT guy as well. You just do what you need to do to grow and survive. By wearing fewer hats and beginning to concentrate more on the big picture, somewhere along the way you understand and accept that you’re now a CEO.

What was the genesis of OSMO Patch?

It was serendipity. My father developed bursitis in his knee after taking a fall. A lump began to appear under his left knee which continued to fill with fluid and grow. His doctor said the impact from the fall had caused bursitis and convinced him to have the fluid aspirated from the lump with a syringe.

Not only was the procedure painful, but my father had to return a few days later as the fluid had returned, where his doctor suggested a steroidal cortisone injection. My father became very skeptical and refused the injection. I researched knee bursitis and I had just completed learning about the process of osmosis, which made me wonder if I could use the principle of osmosis to remove fluid from a swollen joint, and hence the prototype of the OSMO Patch was born. 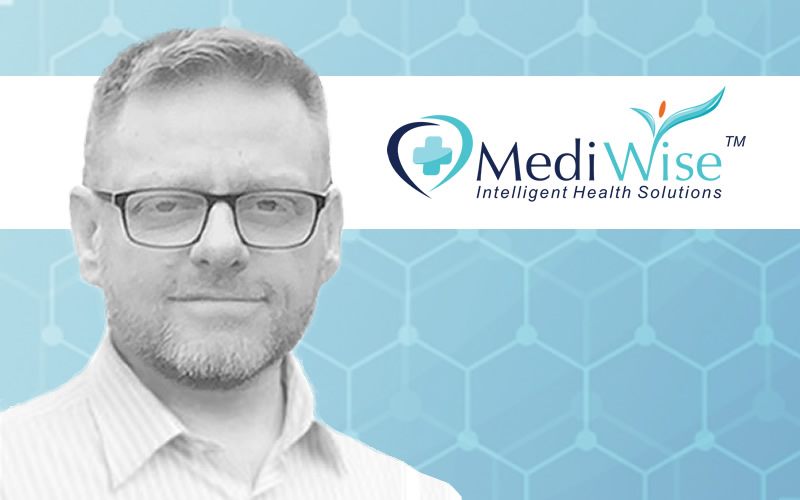 What drew you to make the connection between general joint pain, and the “osmotic potential”of OSMO Patch?

While the OSMO Patch was developed for the relief of swelling and pain associated with Bursitis, it was not long before it became very apparent that it would also be ideal for other conditions and injuries that involved inflammation, swelling, and pain in the joints as the fundamental underlining pathology was extremely similar.

At what point in the process did you think that the product was something that could have genuine commercial possibilities?

When researching Bursitis, I discovered that 1 in 33 people suffer from it, and I knew from my studies that any medical condition with such a high prevalence was commercially attractive.

Common treatment options include aspiration of fluid or steroidal cortisone injections, both of which can be quite painful and often have no long-term benefit. Also, many individuals will be advised to take strong anti-Inflammatory medication, called NSAIDs.

Unfortunately, the long-term use of these drugs can result in potentially harmful adverse side effects. In some cases, surgery may also be recommended. Knowing all of this, I was confident there was a large commercial opportunity for the OSMO Patch, and I felt that there was also an important ethical need for it.

We see a great future for MediWise, with a pipeline of product ideas to complement the OSMO Patch and a large database of satisfied customers.

What was the process that brought about your initial sales?

I began teaching myself online marketing and enough coding to be able to build a basic website.

I had also opened an advertising account with Google and creating what was to be our first online marketing campaign. So, with a few clicks, the site and advertising went live and OSMO Patch was out there.

I returned a few hours later to check emails for any notifications and, two hours after the launch, right there in our inbox was our first confirmed sale. It was a great moment, and by the next morning, we had five more. I would have been ecstatic if we only received an email inquiry for the product, let alone six sales on our first day.

Did the success come as a surprise? This is a tough, competitive, and crowded marketplace; it must be a challenge to make a mark in such a field.

There was never any question in my mind that the OMSO Patch would be a success after that first day of sales. It’s now an international brand which enjoys the support of a large and growing community of advocates talking about it.

Is running a business of this nature something that comes naturally, and how much on the job learning is involved?

There are constantly new learning curves, particularly now that we are planning to expand into new international markets. There will always be on-the-job learning. Often, you learn by watching or talking to other people who have been there before. Surviving in any business requires staying current.

But this is something that should not scare a business owner; instead, they should embrace learning.

What’s next for you, for the company, and OSMO Patch?

We see a great future for MediWise, with a pipeline of product ideas to complement the OSMO Patch and a large database of satisfied customers. We’ve also identified several ailments that we believe could be better treated, so, we will certainly be exploring these opportunities.

As for the OSMO Patch, there are still many new opportunities for growth and we have big plans for 2020, including expanding wholesale into North America and the UK. Maybe one day the company may have the opportunity to explore research into better treatments for cancer. That would truly be wonderful!