Hip-hop has long been about the cool cars we can’t afford. However, it seems that they view Elon Musk’s Tesla as particularly wack.

Hip-hop, the urban poetry art form birthed in the cotton fields, exhumed in the ’hood to market brands has always been a barometer of what you can’t afford. Hennessey. Adidas. Courvoisier. Avtomat Kalashnikova. Marketing has always steered hip-hop, it’s why Kanye turned into a shoe, why Jay-Z turned into a conglomerate, and why Dr. Dre became a pair of headphones. He’s still D.R.E., but for $349.95. 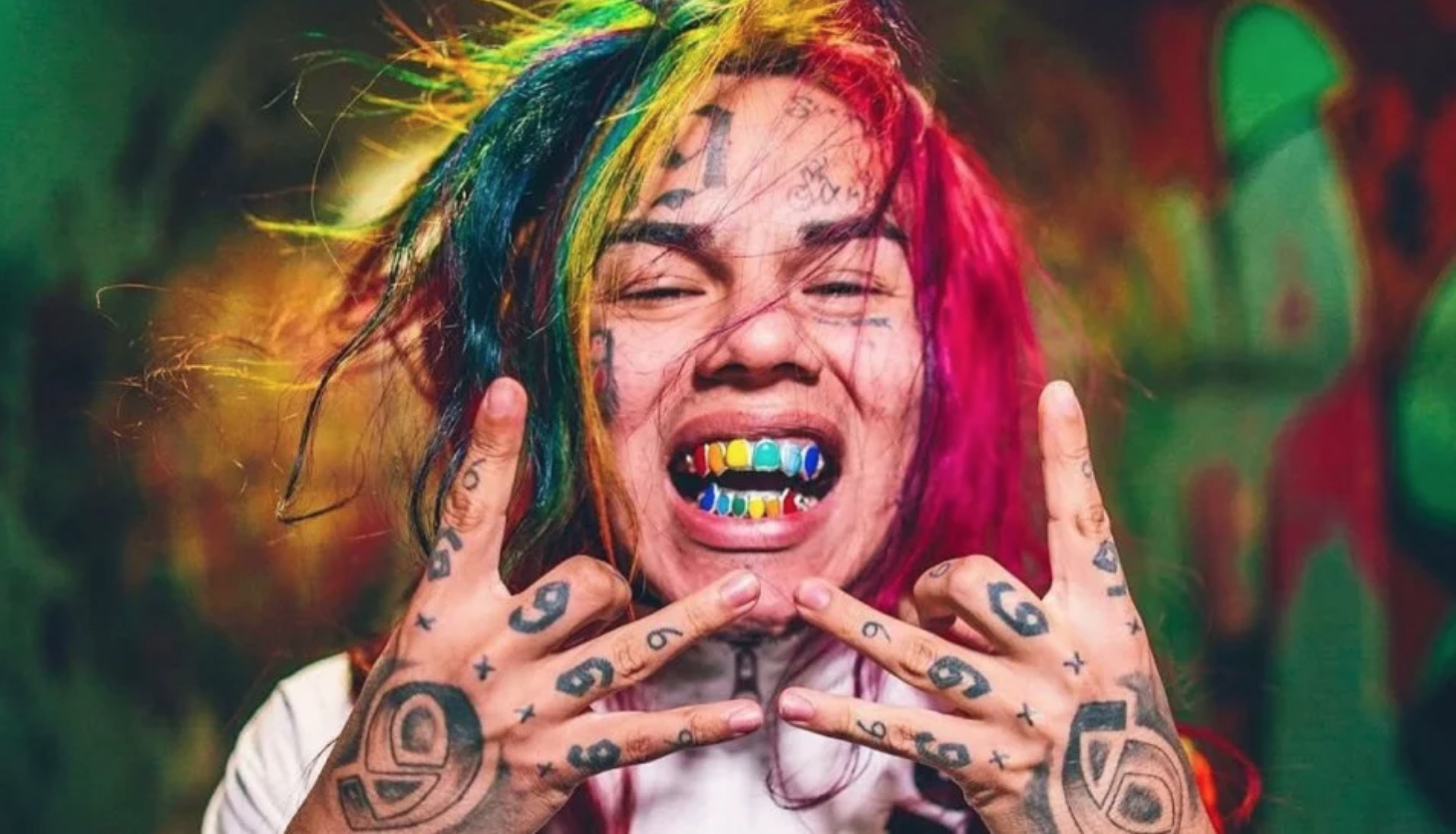 One of the most important vehicles that hip-hop transports is the whip, the gaudy auto in which you parley around the barrio. It’s a chariot of wealth, much in the same way the effete rolled around in gilded carriages ran over the poor in Edwardian times. It’s a statement, peep the paper I dropped on my chrome feet, serfs.

The question of transportation in hip-hop has long been divided by geography. In the old days of the form, long before the dark days of the SoundCloud mixtape, the two schools of thought were split in twain: either you were East or West Coast, or you didn’t exist. Automobiles moved with this trend, the car culture of California favored the old-school lowriders of yore, probably best evidenced by the Impalas driven by the paws of the Snoop D-oh-double-g. West SiiidddeEEE.

Conversely, in New York, Jeeps, Lex Coups, Bimaz, & Benz ruled the streets. It fit the metropolitan aesthetic, there was enough room for thy homies, and the air con was plentiful. It’s probably worth mentioning the uber-rich douche-canoe playground of Miami, where Bugattis and Maybachs scrape the speed bumps of sweltering tropical concrete.

Despite all this, it seems that the rise of Elon Musk has been halted on the streets of hip-hop, as his invention, Telsa, is seldom referenced in the trite musical barbs, despite it being otherwise popular. For instance, Lionel Richie, will.i.am, and Brad Pitt all drive a Telsa Model S. Pro skateboarder Tony Hawk tricked out his Tesla with black-satin-wrapped chrome and 1,200 wattage speakers. Electronic DJ Deadmau5 had his painted Ninja Turtle-green. Everyone loves a Telsa, except for Lil’ Fuxstixxx. 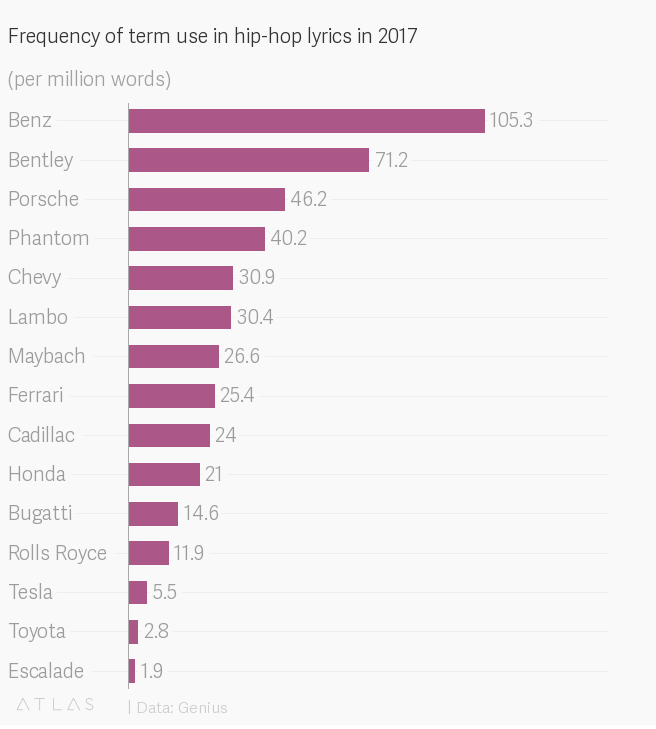 It seems on the surface that Telsa might be too new to be popular, but that doesn’t fit the flow, as hip-hop loves elevating the new shit; for instance, Uber appears 61 times per million words in Rap Genius, comparing favorably to 71.2 times for Bentley and 105 for Benz.

There are two theories here: a) it’s not dangerous/impractical/notorious enough to validate the cocksure fronting of those who spit bars, or b) it’s just a trifle too dorky.

All eyez on my ion lithium-powered battery.