The consensus is that 2019 sucked. However, positives did occur, so best not to look back in anger, people.

Two Friends Get Their Finger Out, Release Timely Album

Proving that it’s never too late (and that the procrastination of the artist is a lifelong pursuit), two friends decided to hook up over the Christmas break and quietly release their EP.

But Alan Tripp and Marvin Weisbord’s cover album made The Washington Post, because Alan is a spritely 102, and his counterpart an adolescent 88, making their drop the oldest debut in history.

“I’ve never had so much fun in my life, and I never expected to be doing this in my old age,” Weisbord told The Washington Post.

When asked about his stamina, he simply said: “When you’re doing something that gives you joy and satisfaction, you don’t get older. You stop the aging process, and it is one of my secrets: never retire. Retire to something, not from something.”

Clearly, the lesson here is to follow your dreams … but tomorrow.

The product of Dutch innovation, this billboard eats the pollution swirling around it. The ad space has been coated with a resin that attracts nearby air pollutants and converts them into oxygen when exposed to direct sunlight. 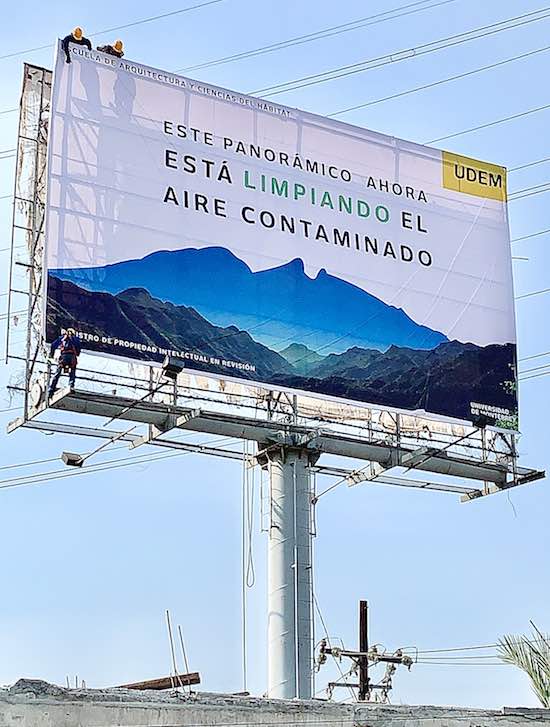 Every six hours it generates the same amount of clean air 30 trees manage and has an expected lifespan of five years.

The city it sits in, Monterrey, is heavily-polluted so the billboards are considered a revolutionary new tool for urban health.

“It was great to work with the students and take a problem and transform it into a potential,” says the creator, Daan Roosegaarde. “I am really proud to see them go from academic research to a real project. I do not believe in utopia—a perfect solution—but protopia: step-by-step improving reality.”

After an Emergency Disrupted Their Food Shopping, Firefighters Return to Find Their Groceries Paid For.

A team of firefighters from Indiana were shopping in a local supermarket, only to be summoned by a fire midway through. When they returned, they found that their shopping was paid for … by a mystery customer.

According to the department’s Lt. Duane Reddick, this was the first time in 20 years that a community member had ever had paid for his supermarket bill as a thank you.

“We don’t always expect a ‘thank you,’ we don’t ask for it. We just do it,” Reddick told WIBC. “But it was very heartwarming that somebody saw us leave and and [paid for our groceries].”

The department later took to Facebook, writing: “When they returned to the store, the awesome staff had placed their groceries in the cooler to keep until their return and some anonymous kind person had paid for them. The crew hopes that person [sic] sees this post and understands just how much their kindness is appreciated.”

In 2019, the German Roncalli Circus decided to do something radical. They’ve decided to update their animals with hologram versions of them. Using 11 projectors, the circus creates these beasts; with the move earning a slow respectful clap from animal rights activists.

I may have wasted too many afternoons at the movies, but while this is a fantastic move, one can only assume that when hologram animals gain sentience, these carnies may have to come up with something more clever.

Did we learn nothing from Blade Runner, in that all those holo-peanuts eaten and enjoyed will be lost, like tears in the rain?