While cryptocurrency has taken the world by storm, it is also having a huge impact on the earth itself. But with 37 million metric tons of carbon emissions a year, solutions are coming.

You may have thought Bitcoin mining was environmentally sound; it does, after all, take place virtually and doesn’t involve any heavy machinery digging into the earth. But given its global reach and requirements levelled in processing power, it has a huge impact on the environment by draining electricity usage on a massive scale.

According to the Bitcoin Energy Consumption Index, a single Bitcoin transaction requires the same amount of energy that the average American home consumes over a three-week period.

Consider the power bill you’d receive if you were watching Netflix, continuously, for 50,000 hours. That’s what level of energy is being chewed up in a single Bitcoin transaction.

The Guardian, too, has recently noted that Bitcoin mining is a “deeply energy-intensive process”. Since there is a finite number (21 million) of bitcoins that can be mined, the more that is mined, the harder the algorithms that must be solved to get a bitcoin become. This requires greater processing power, which requires greater volumes of electricity.

According to the Digiconomist index, Bitcoin is responsible for nearly 37 million metric tons of carbon emissions each year, the same as the entire annual carbon footprint of New Zealand. Its transactions also consume as much energy as Chile does, and the University of Cambridge Bitcoin Electricity Consumption Index estimates Bitcoin’s rate is even higher than that.

“This new frontier of the economy can be left to flourish without its having a detrimental impact on the environment. All we need to do is make the right choice.”

In a field as potentially confounding as cryptocurrency, the ‘why’ remains one of several big questions. Every action completed using Bitcoin is logged on the blockchain, a distributed ledger serving as an account which is constantly updating each purchase, sale, trade, and new Bitcoin release. This wellspring of information is distributed across scores of computers. Through distributing such transactions across multiple sources, they can independently verify the transactions. In as much, a lot of computing power is required. Complex encryption needs to be solved to confirm a transaction’s legitimacy.

Bitcoin traders know the massive amount of energy they’re consuming. To lessen the impact (on their bottom line and power bills less so than on the environment), parts of America’s electric grid have been sought out so that it might be used in a more cost-efficient manner. More remote locations have been established (rural New York State and Montana) to become major hubs for Bitcoin miners, thanks to cheap land and cheap electricity.

The solution is simple. Technology improvements and environmentally-aware mining.

These improvements are already happening. Advanced cryptocurrency mining algorithms are already more efficient and the market should encourage further efforts in this direction. Environmentally aware mining is possible through mining being limited to developed countries where there is awareness for the environmental damage and regulation. In addition, the federal government can influence this by subsidizing environmentally responsible mining operations.

The fact is, that this new frontier of the economy can be left to flourish without its having a detrimental impact on the environment. All we need to do is make the right choices. 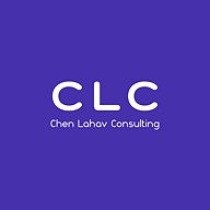