We sat down with David Hayes of Jeeves.Plus to discuss how his unique multilingual customer service platform is breaking down the barriers that divide us.

Hi David, can you please tell The Big Smoke readers a bit about your background prior to Jeeves.Plus?

I spent my early days at ABC Radio, after which I ventured into the music business, establishing ABC Records and Video for the ABC. In 1987, I started my first technology business, providing voice and text messaging-based services. After a semi-retirement, I realized that messaging was being adopted as a major communications channel on a global level, and I sensed there was a new business opportunity. Research indicated that the hospitality industry was devoid of a cost-effective and efficient guest communications channel, especially where English was a second language. From there, Jeeves.Plus was born.

What was the driving force behind your idea around Jeeves.Plus?

The goal at Jeeves.Plus is to break down the language barrier in our multicultural societies. We’re a nation of hundreds of languages and cultures that should be celebrated and shared. Our platform allows people from all walks of life to converse with each other, fully translated in real-time.

Accessibility to services is a real problem, and one that doesn’t get much exposure.

For example, how does one with a hearing impairment call up a business for help? Usually by first linking up via the outdated National Relay Service.

Or, how does a non-English speaker find out why they’ve got a parking fine? By asking an English-speaking relative to make the calls for them. 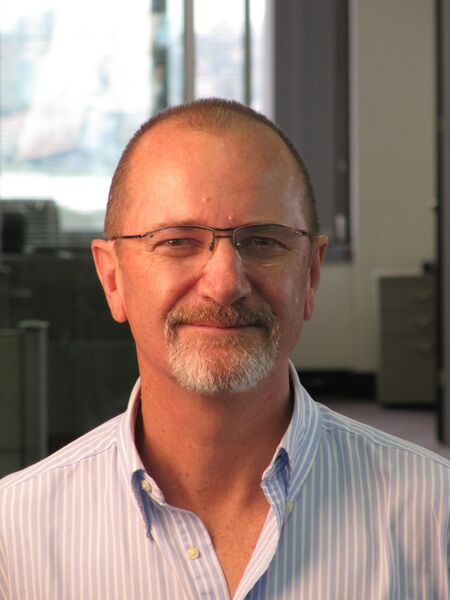 Both of these examples are time-wasting and inefficient. Through messaging, Jeeves.Plus enables users to quickly and easily talk directly to a business or Government service, so both consumer and business can address the issues in their own time.

Conversational marketing is all the buzz, which is a new movement that allows a business or brand to have conversations on their device, and in their language.

But our solution doesn’t exclude fluent English speakers. In fact, 64% of consumers would rather message a business than call them.

Messaging allows us to solve problems, update delivery details, or make a purchase all on the go.

Idea to concept is an interesting phase, can you tell us a bit about how you came to settle on the right model to bring Jeeves.Plus to market?

Jeeves.Plus began as a conversation tool between a hotel’s concierge and non-English speaking guests in their rooms. We saw opportunity beyond this, and through multiple iterations of the platform have landed on a simple, intuitive design that allows anyone to get started, immediately.

We also saw the trend of businesses having too many channels of communication to manage them effectively. We have taken the common channels of SMS, Facebook Messenger, and Google Business Messenger, all managed on a single interface.

Additionally, Webchat will be launched in late May 2021.

Customers want to use their preferred channel – but that doesn’t mean you can’t streamline them all into one. We’ve done this with Jeeves.Plus.

What has been the most surprising reaction from clients when they come to use Jeeves.Plus?

It’s always the translation of language – every time. When operators start conversing with people effortlessly who are actually speaking another language, it’s really eye-opening. Suddenly, they see the power of the mechanics inside the platform, and the potential it has to globalize their business.

What advice do you have for would-be founders who believe they have a great idea?

Get testing immediately on the most beta version of your idea. It’s crucial to get as much early feedback as you can before you start investing too much time (and money!) in your business. Maybe your idea will be a flop, but it’s better to know sooner rather than later, so that you can move on to the next one.

That, and keep going!

David has been successfully involved in start-ups, raising capital, turn arounds as well as organizing and supervising ongoing operations. He has always shown creative strength and the desire to look at alternative development options and solutions for any business. It is his passion to connect, communicate, and improve in a team-focused and connected way.