(Photo by Ferran Feixas on Unsplash)

Meet the two smartest colors from the spectrum: one is designed to fight climate change, and the other curbs bad habits. Both reflect (and deflect) in the best ways.

On top of everything else, need I remind you that the planet is dying? Fortunately, researchers at Purdue University have endeavored to do something about it … by creating the world’s whitest paint. Officially recognized by Guinness, the paint purportedly reflects sunlight away from surfaces, thereby reducing the need for air conditioning.

“When we started this project about seven years ago, we had saving energy and fighting climate change in mind,” said Xiulin Ruan in a statement.

According to Yahoo News, “the paint reflects 98.1% of solar radiation while also emitting infrared heat. Because the paint absorbs less heat from the sun than it emits, a surface coated with this paint is cooled below the surrounding temperature without consuming power.”

As Ruan estimates, his paint would be better at cooling houses than most of the air conditioners on the market.

However, this ultra-white paint is not the only paint designed with change in mind.

In 2012, a color named “Pantone 448C” (which was hyperbolically dubbed “the world’s ugliest”) was enlisted by the Australian government to combat smoking by designing the least tolerable packaging possible.

“It had as its aim the antithesis of what is our usual objective,” says research agency GfK Bluemoon, who headed the project.

“We didn’t want to create attractive, aspirational packaging designed to win customers … Instead our role was to help our client reduce demand, with the ultimate aim to minimize use of the product.”

The Australian Department of Health initially referred to the color as “olive green,” but the name was changed after concerns were expressed by the Australian Olive Association. 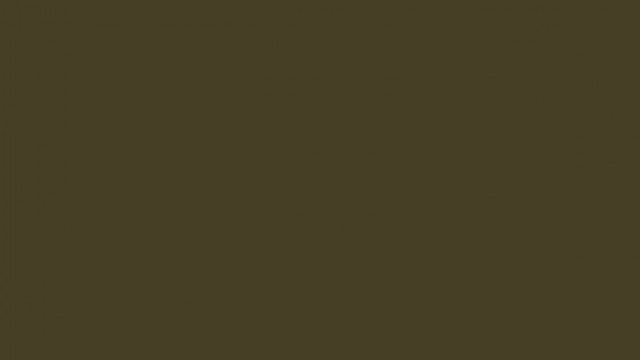 Pantone 448C in all its glory. Just look at it.

Rachel Wells of The Sydney Morning Herald reported at the time, Pantone 448C “was commonly described as ‘death’, ‘dirty’ or ‘tar’ without any positive adjectives … don’t expect to find Pantone 448C on a catwalk any time soon.”

Gallingly, the opposite turned out to be true. In August 2021, make-up brand J.Hannah excitedly released their new nail polish collection, featuring (you guessed it) a color inspired by Pantone 448C.

On Instagram, the brand defined their choice as “a statement in the nuanced line between the revolting and the luxurious, between the hideous and the refined … a reminder to not flatten beauty’s complexity into a single note.”

Lord, I need a cigarette.